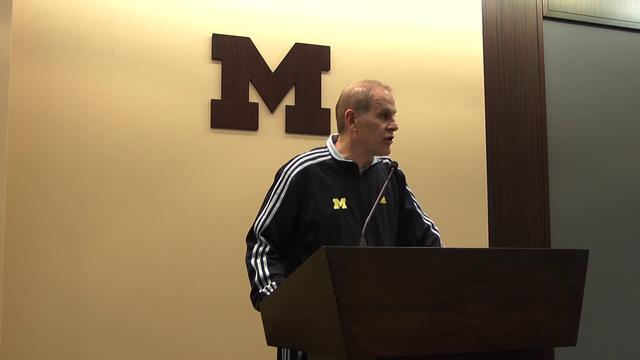 John Beilein met with the media this afternoon to talk about Michigan’s tough loss to Arkansas and look ahead to tomorrow’s matchup at Purdue. Of note, Beilein said Jon Horford will dress tomorrow and “may” play, depending on his progress in practice today. Here’s video of Beilein, followed by notes and quotes after the jump: