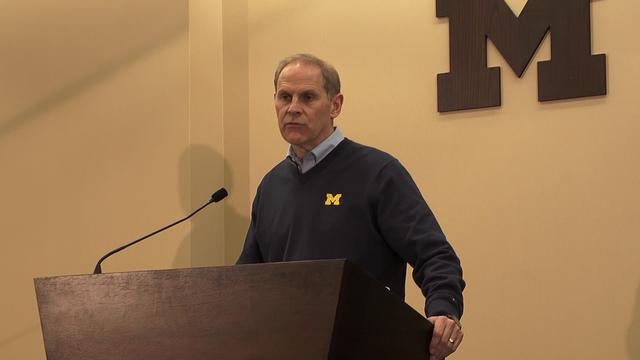 John Beilein previewed Sunday’s match-up with Ohio State this afternoon in his pregame round-table. Of note, Beilein said Jon Horford will do a “full workout” today, but a final decision on whether or not he will use a medical redshirt still has yet to be made. Here’s video of Beilein, followed by notes and quotes after the jump: