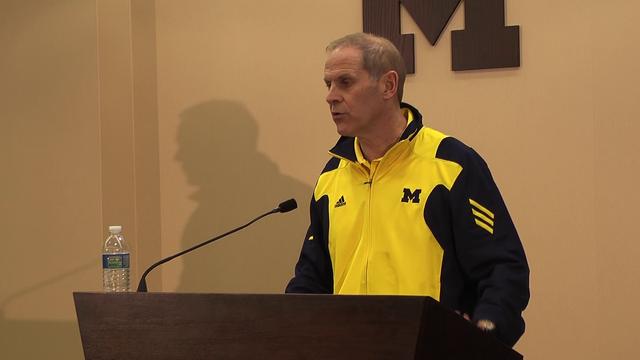 John Beilein met with the media today to discuss Michigan’s upcoming matchup at Michigan State, which will take place Sunday at 1 p.m. After beating the Spartans 60-59 on January 17th, the Wolverines now have a chance to earn their fourth straight win in the rivalry. Here’s video of Beilein, followed by notes and quotes after the jump: