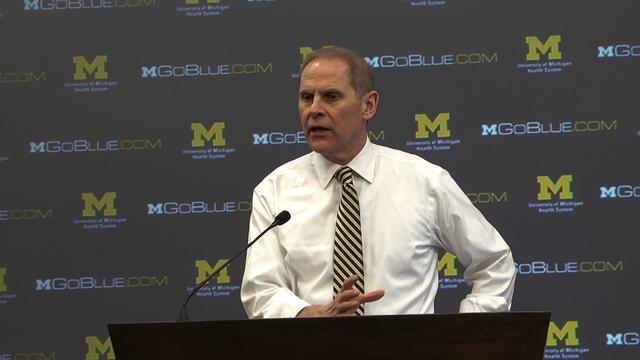 John Beilein met with the media following Michigan’s 70-61 victory over Illinois at the Crisler Center on Sunday. Here’s video of the coach, followed by notes and quotes after the jump: