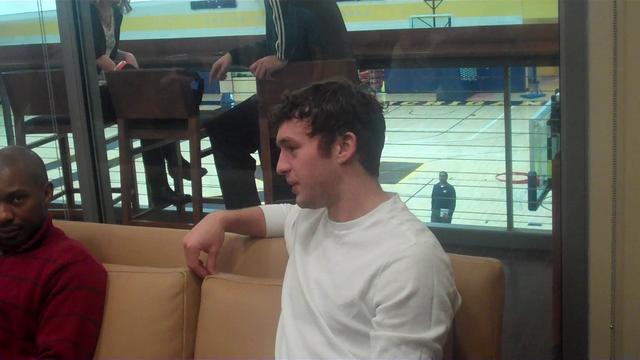 This afternoon, senior Zack Novak met with the media to discuss everything from what the past four years have been like to what he plans on doing in the future. During the interview, Novak was asked about fellow Chesterton, Ind. native, five star big man Mitch McGary, who has signed to play with Michigan next season. In the second part of the video, Novak addresses what his relationship has been like with fellow senior Ben Cronin, who was forced to end his career early due to a hip injury. Here’s video of what he had to say about McGary and Cronin, followed by notes and quotes after the jump.


Novak noted how excited he was to see McGary in a Michigan jersey because he’s “known Mitch forever” and that he can carry the torch, so to speak. Novak recalled telling Beilein that he had to take a look at McGary early in his career and that he thought a big and talented player like McGary would be a great fit in Beilein’s system.

On his thoughts on how McGary will fit into Michigan’s system: “You look at a guy like that, as big as he is, I think it’s no secret we could use the help on the boards. That’ll be huge. Big guys like that, it’s tough to guard someone who’s 6-11 and can shoot. He’s gonna get wide open. I don’t see why it wouldn’t fit his game. When you get a guy like that with talent and space, you’ll definitely benefit.”

On Cronin and when Novak first heard he was done for his career: “I remember the day vividly when coach told us. He called us over before practice. It was sad. Coach looked like he was about to cry. Ben was standing there next to him, and (Beilein said) Ben can’t play anymore, his career is over. First we were just kind of shocked like, what the hell is going on? There’s no way this can actually be happening. But at that time it was what he needed to do. It’ wasn’t worth not being able to walk when he gets older.

On how the injury has affected Cronin: “You can kind of tell, it’s always kind of ate at him a little bit. He’ll send us a text like, get this one for me boys, or wish I could be out there with you. And I’d just look at him – or I’d look up at him – and say, yeah I wish you were too.”

Stay tuned to more in the coming hours and days from Michigan’s senior captains, Zack Novak and Stu Douglass as well as more coverage of Michigan’s new Player Development Center.