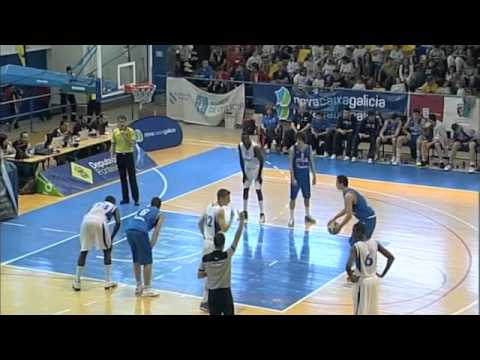 Amedeo Della Valle has lived in the United States for less than a year, but that’s been plenty long enough for big time college coaches to take note of the 6-foot-5, 180-pound guard who currently plays at Findlay Prep in Henderson, Nevada. Della Valle moved to the States from Italy over the summer in hopes of impressing college scouts and securing a Division-I scholarship and he’s garnered heavy interest from Arizona, Cal, Gonzaga, St. Mary’s, Texas A&M, Ohio State and, within the last week, Michigan. I talked to Della Valle on the phone tonight about his thoughts on Michigan, his recruiting process and more.

Can you talk a little bit about when Michigan started recruiting you and how that process has gone so far? I basically started to talk with them about a week ago. Then Coach Jordan came yesterday to watch our game. They don’t have a scholarship right now, but basically they tried to recruit me because they might have one in the future. But they just started recruiting me, getting to know each other and they came to my game.

What did they say they liked about you that prompted them to start recruiting you this late in the process? They said I’m their kind of player that can shoot threes, handle the ball and get along with teammates.

For you as a player, how would you describe the way you play? Probably I would say I’m an unselfish player. I look for my teammates and just shoot threes when I’m open, or create for other guys. A lot of my personality come from getting to know all my teammates and lead with them and everything.

Have you talked to any of the other coaches other than Coach Jordan? No, not yet. Just Coach Jordan right now. I’ll probably talk to the head coach [John Beilein] soon, but I don’t know yet.

What do you know about Michigan? I know and I really like their system because they play with four guards and one big man and basically players like Novak or Douglass, or even Stauskus that they’re recruiting. They’re kind of players like me, so I like the system. I like the conference too. I know it’s really hard.

So you’ve watched Michigan on tv? Oh yeah. I’ve watched several times. I like them.

Do you have a visit planned at all? I haven’t talked to them about a visit, but I probably will take one. I didn’t take any official visits so I’m planning on taking some visits starting probably at the end of next week.

And have a lot of these schools been talking to you for a while now or has it just happened recently? Schools like Gonzaga, Arizona, St. Mary’s and Cal, they’ve been recruiting me since I came to the States. I’m from Italy and I just came this summer.

What’s been your impression of the United States? I like it. It’s pretty nice, especially if you want to play basketball.

Is basketball the main reason you moved here then? Yeah, that’s the reason.

Any idea when you’d like to make a decision? I’m not sure. Not right now. I need to take my visits first, talk to my family and my coaches, and see what’s the best fit for me.