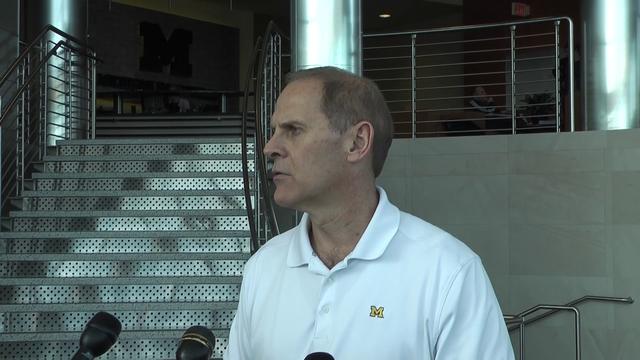 Coach John Beilein met with the media this afternoon to preview Michigan’s upcoming matchup against No. 6 Ohio State. Beilein talked about what he called a “day-long commercial” for the University of Michigan with ESPN GameDay in Ann Arbor, what he thinks are the keys for a Michigan victory, and more. Here’s video of Beilein, followed by notes and quotes after the jump.