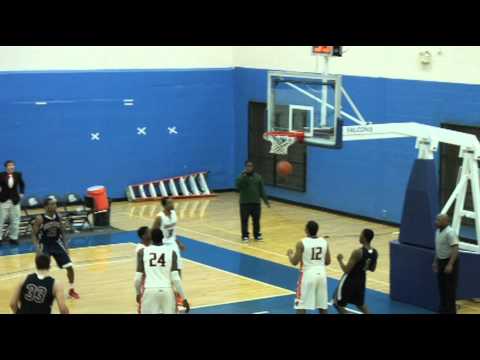 Mitch McGary and his loaded Brewster Academy squad wrapped up their season with a National Prep Championship. Brewster beat Hargrave Military by a final score of 87-76 in the championship game to finish the season at 33-1. McGary had 12 points in the win. Here’s a video recap of the game courtesy of Cox Sports:

Additional highlights and scouting notes on McGary as well as tidbits and video from two other Michigan commitments after the jump.

The New England Recruiting Report was impressed with McGary’s finale:

Mitch McGary saved his best game of the tournament for the championship finishing with 12 points and at least that many rebounds, likely more.  More than stats can show, McGary’s defensive impact changes the game for Brewster.  His post defense and thorough cleaning of the defensive backboard allow Brewster guards to leak out in transition and create easy scoring opportunities.

McGary wasn’t quite as impressive in the semifinals, per this NERR report:

Coming into the game this looked like a battle of big men between Brewster’s Mitch McGary and Notre Dame Prep’s Steven Adams. Throughout the game they basically neutralized each other as neither was able to consistently score on the other. Both defended the post well and blocked and altered numerous shots but they couldn’t get into a flow offensively.