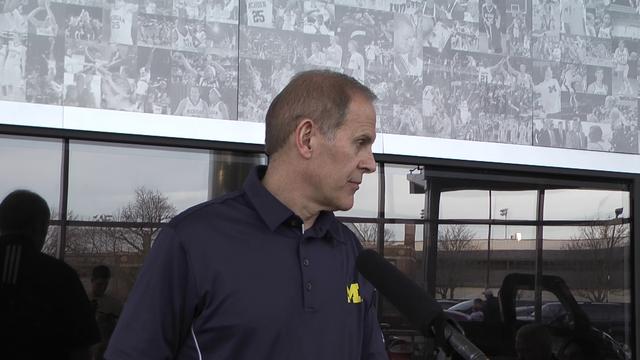 John Beilein met with the media tonight after Michigan was selected to play Ohio University in Nashville, TN this Friday in the NCAA tournament round of 64. Here’s video of Beilein, followed by notes and quotes after the jump: