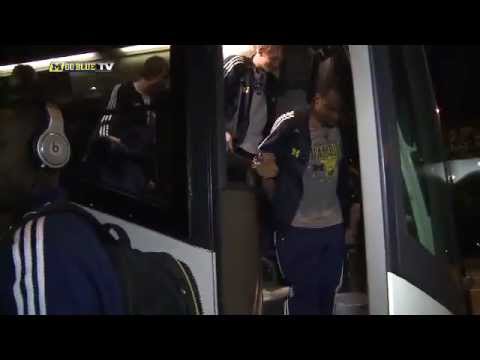 It was a busy day in Nashville, Tenn. as all eight teams that will be playing at Bridgestone Arena took the court for open practice and addressed the media in their obligatory pregame news conferences. We posted video interviews with Zack Novak and Trey Burke yesterday but here’s a rundown of video coverage from other media outlets throughout Thursday afternoon. Here’s Michigan’s arrival in Nashville, via MGoBlue.com.

After the jump we have additional interviews with Ohio University coaches and players, Zack Novak, Stu Douglass, footage from Michigan’s open practice and more.