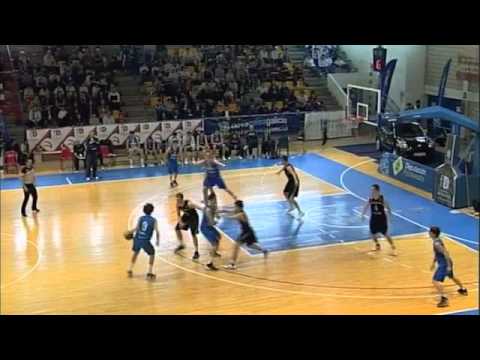 Michigan coach John Beilein was in Arizona on Thursday afternoon to watch Findlay Prep (Nevada) guard Amedeo Della Valle, who we previewed in mid-February and updated earlier this week. Following the transfers of Evan Smotrycz, Carlton Brundidge and Colton Christian, the class of 2012 guard has been at the top of the list to fill one of Michigan’s open scholarships. I caught up with Della Valle following his scrimmage and his in-school visit with Beilein. Thursday was Della Valle’s first time meeting the head coach and he discussed how he played, a potential scholarship offer, upcoming visits and more.

“It was good seeing [Beilein] in the stands for the scrimmage,” Della Valle said. “Then we talked afterwards, and he explained to me how the school is, how they play, how academically things are. Basically he told me there’s potential to just go in and play right away.”

Beilein explained the scholarship situation to Della Valle, letting him know that there is now certainly room to add a player like Della Valle. Della Valle mentioned that he was aware of the situation and that he heard about the transfers earlier this week.

While Beilein didn’t offer a scholarship on Thursday, he was pretty clear of his intentions.

“He said if you come for a visit, you could have a scholarship,” Della Valle said. “He doesn’t offer before a visit.”

Della Valle is scheduled to visit Arizona on April 13th and said he would like to visit Michigan shortly after that. The only other school where he has taken an official visit is Texas A&M.

While Della Valle still says he has five teams on his radar – Arizona, Texas A&M, Michigan, Gonzaga and Ohio State – he is “not sure” if he’ll visit Gonzaga or Ohio State. He is sure that he’d like to visit Ann Arbor.

Della Valle also said he heard about the possibility of Trey Burke leaving for the NBA. At 6-foot-5, 180 pounds, Della Valle is more of a natural two guard, but he has played a little bit of point in his one year at Findlay Prep.

“Not a lot, but sometimes,” he said. “I need to work on that , but I would [be comfortable playing point in college].

“[Beilein] said he liked what he saw out of me in the scrimmage, that he could see me in the program playing the one but most likely the two.”

Regardless of where he would play, it’s pretty clear that Beilein likes what he has seen from Della Valle. Della Valle doesn’t seem to be in a big hurry to make a decision, but he knows the clock is ticking. And as the time moves on, he will continue to hear from the Wolverines.

“Both coaches [Lavall Jordan and Beilein] said they were going to be emailing me and my dad and everything,” he said.

Though his family lives overseas in Italy, Della Valle has been in constant contact with them as he progresses closer to making a decision.

“My dad likes Michigan,” he said. “We watch a lot of basketball, so we knew about them before. I’ve been talking to (my family) a lot. They’re overseas, so it’s kind of hard. We’re trying to make the right decision.”