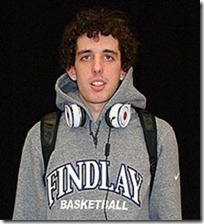 Yesterday was a busy news day in regards to the Michigan basketball roster and there wasn’t a lot of time left over for reaction. Here are some thoughts on what the various developments mean for the program.

First a clarification about where Trey Burke is in the draft process. Burke has submitted his name to the NBA Draft Advisory Committee and at this point he’s gathering information. Burke’s family has reached out to the committee because they’ve heard Burke could be a late first round pick and that the 2012 point guard class is relatively weak. The committee will give Burke a rating in the next week and from there he then has to make a decision.

Manny Harris and DeShawn Sims reached out to the advisory committee in 2009 before returning to school. Harris in 2010 and Darius Morris in 2011 also went through the same process before entering the draft.

At this point, Burke has not officially entered his name into the NBA Draft but it’s worth noting that the option to “test the waters” has been all but eliminated this year. The deadline to withdraw from the NBA Draft this spring is April 10th, a month earlier than last year. If Burke does declare for the draft, there will be no further evaluation opportunities.

For Michigan, Burke’s departure would be crippling. There’s no other way to slice it. The Wolverines don’t have another scholarship player under 6-foot-5 on the roster and don’t have anyone that can be trusted as a primary ball handler. Unlike a year ago, there is no Trey Burke, or any true point guard, waiting in the wings.

The training videos and hard work that we saw all last summer weren’t just to succeed at Michigan, there was an end goal. Burke and his family have received word that Burke could be a late first round pick – a point which will certainly be debated. He was, after all, the Big Ten Freshman of the Year and an All-American by some. Simply put, Burke would be doing himself an injustice not to reach out to the advisory committee.

The potential versus age sliding scale is a legitimate concern. NBA teams would rather take a chance on a 19 year old than a 22 year old. Burke isn’t going to grow three inches over the next year or two. His family feels the NBA draft class is weak in the point guard department. None of these statements are unreasonable. However, Burke appears to be far from a surefire first rounder. The Michigan freshman currently sits at No. 72 on Chad Ford’s ‘Big Board’, six slots behind Tim Hardaway Jr.

The moment of truth will be a week or so later when Burke receives a grade from the NBA Draft Committee and has to make a decision. Judge Burke for his final decision not for the (smart) decision to request feedback from the draft committee. If he receives a second round grade and still decides to enter the draft, that’s when it’s fair to start questioning the decision making process by Burke, and his family. At this point, Burke is only making the intelligent move to gather all available information.

Michigan began its spring workouts on Wednesday and it’s no secret that players meet with John Beilein and his coaching staff to discuss the season that was and where they stand going forward. For some, like Trey Burke it’s a chance to discuss the NBA Draft process. For others, like Evan Smotrycz, Colton Christian and Carlton Brundidge, the discussion might focus around unhappiness and a questionable future.

Save your breath on the theories that the announcement of these transfers has any sort of correlation to Michigan’s relatively weak postseason showing. Evan Smotrycz played some strong basketball down the stretch, including big games against Penn State and Ohio as well as the shot to send the Minnesota game to overtime.

This one is not that complicated. Christian played 51 minutes and scored seven points last season. His only meaningful minutes in Big Ten play came at the five position, a spot where there is even less available playing time next season. Adding Glenn Robinson III and Mitch McGary to the front court combined with Jon Horford’s return leaves little to no room for a guy like Christian. Christian is originally from the Northwest and could likely find a much better spot to play and more importantly contribute closer to home. He’ll always have this:

This is the most surprising of the three transfers but also not very difficult to connect the dots. It didn’t take a psychiatrist to read Smotrycz’s demeanor and body language on the court. Smotrycz and his mother both mentioned his relative unhappiness in Ann Arbor. Combine their comments with the up and down nature of his play and you have a kid that was struggling a bit in his current situation. Smotrycz has always been regarded as a Beilein player – he’s tall and loves to shoot the three with some perimeter skills – and I don’t think there’s any doubt that Beilein loved the player that Smotrycz had the potential to become. However, his inconsistent nature led to a reduction in minutes and playing time over the course of both his freshman and sophomore years and there was some obvious frustration by both parties. I think Smotrycz could easily latch on at a mid-major or mid-major plus program on the east coast and finish his career on a high note. For Michigan, Smotrycz’s departure likely means more front court minutes for Glenn Robinson III, Mitch McGary and potentially Max Bielfeldt.

Brundidge was recruited to be a big time player in Ann Arbor. Considering expectations during his recruitment, he might be the biggest recruiting misevaluation of John Beilein’s tenure in Ann Arbor. Brundidge struggled adjusting from the get go and that left him behind the eight ball. He was never able to gain John Beilein’s trust and work his way into the rotation. He battled serious health issues throughout his freshman campaign and there have been rumors that he was considering transferring for the later third of the season. Give Brundidge credit for sticking it out this season, but landing at Detroit – the rumor with the most legs – could help him revive his career going forward. The loss is disappointing given Michigan’s backcourt depth but it’s tough to pinpoint that disappointment on the transfer decision or the fact that Brundidge was never able to make an impact as a freshman.

Amedeo Della Valle is now a top priority. There’s a reason that John Beilein is headed to Arizona to watch him play today. With or without Burke, Della Valle would be a welcome addition to a Michigan backcourt that is lacking in ball handling and depth.

Expect Michigan to continue to make every effort to look for a late bloomer in the class of 2012. Regardless of Burke’s decision, Michigan needs to add backcourt depth and there are generally a number of opportunities late in the game. Pay attention to coaching changes, decommitments and more as Michigan leaves no stone unturned over the next month. These situations move quickly and Michigan has a lot to offer: open playing time in the backcourt for a team that shared the Big Ten title and brings in a top 10 recruiting class.

Could Trey Zeigler be an option? The Central Michigan sophomore is transferring after his dad was let go and he’s scheduled to make an official visit to Duke this weekend. Zeigler hasn’t heard directly from Michigan but that doesn’t mean that early overtures couldn’t be made through the grapevine. Detroit, Michigan State and UCLA also appear to be major players in Zeigler’s transfer recruitment. Zeigler averaged 16 points and seven rebounds per game for Central Michigan last season and would have to sit out a year before having two to play starting in 2013.

Expect a number of options to be back on the board in the class of 2013, many that never were really off the board. Byron Zeigler, Jaren Sina, Dominic Woodson, EC Matthews, maybe even Monte Morris if Michigan wants to add more guard depth. There are an endless number of possibilties. In short, when the AAU evaluation period picks up – in April this year – Michigan will be looking to add to the class of 2013.