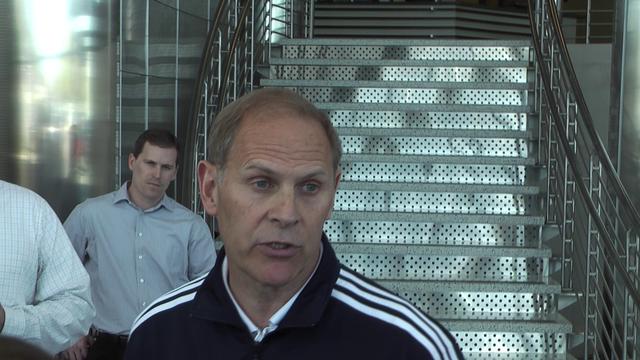 John Beilein met with the media following the announcement that Trey Burke will be returning to Ann Arbor next season. Here’s video of Beilein, followed by notes and quotes after the jump.