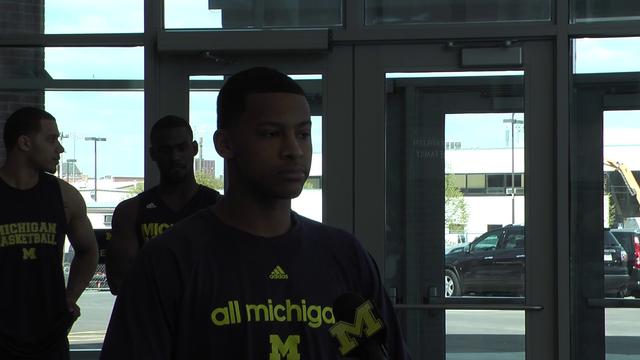 Trey Burke met with the media this afternoon to discuss his decision to stay at Michigan for his sophomore season. Here’s video of Burke with a brief intro from coach John Beilein, followed by notes and quotes after the jump.