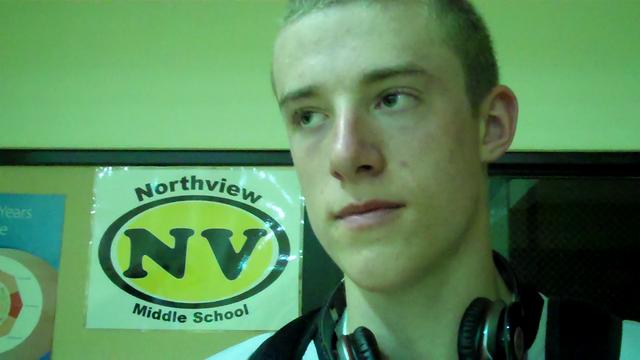 Sean Sellers led Greensburg to a 23-1 season as a sophomore and has been on the Michigan radar for some time. The 2014 prospect has visited Michigan multiple times including for Michigan’s College Practice Camp last June. Michigan coaches are expected to stop by Greensburg open gym to watch both Sean Sellers and his teammate Bryant McIntosh on Monday evening. UM Hoops caught up with Sellers at the IndyBall.com Shootout to discuss his recruitment.

Find the full transcript after the jump, or view our tournament scouting report posted earlier today.

Can you catch me up on how your season went at Greensburg?

“I think it went pretty well, we finished 23-1. Pretty exciting. A little disappointment though in the fact that we didn’t win State, that was our main goal, but I think as a team we came together and played pretty well down the stretch.”

You’re going to have so many guys back, but were you ultimately disappointed that you didn’t get a little further in the tournament than you guys did?

“Yeah, I mean I think coach understood that too. That was our goal, but he told us that we’ve done something that our school has never done before, we went 23-1, so pretty excited about next year already.”

What are you doing to get ready for next year, both as a team an an individual?

I heard you are high jumping. Is this your first year?

“No, I did it a little bit in junior high, but last year was my first year pretty much doing it full time.”

“Yeah, I’ve done it once. I’m hoping I can break the record at 6-8 some point hopefully this year.”

How much does that help your basketball with that stuff?

“I think it helps with my explosiveness, and the workouts we do usually help my quickness too. Plyometrics and stuff.

Would 6-7 put you in the running for state?

Anything new with your college stuff? Are you planning any visits or have you been anywhere lately?

“I haven’t really planned any visits, but I’ve heard a little bit more from Evansville and Indiana State. I’ve gotten letters from Central and Western Michigan.”

“The most I’ve talked to have been Butler and Michigan and Dayton.

Any plans to make it to Butler or Michigan for a visit this spring or summer?

“I’d like to take one to Michigan, but for Butler I’m hoping they have an Elite Camp I think on June 2nd, but if I make it to State in high jump, that’s when the State Meet is, so it just depends I guess how I do.”

Are those schools [Butler and Michigan] pretty appealing at this point?

“I like Butler and Michigan a lot, but I’d like to take other visits too, to see how it compares to those two.

Do you get the impression from anybody that offers are forthcoming?

“I hope so. If I prove I’ve been stronger and more physically mature, I think they’ll come eventually.”