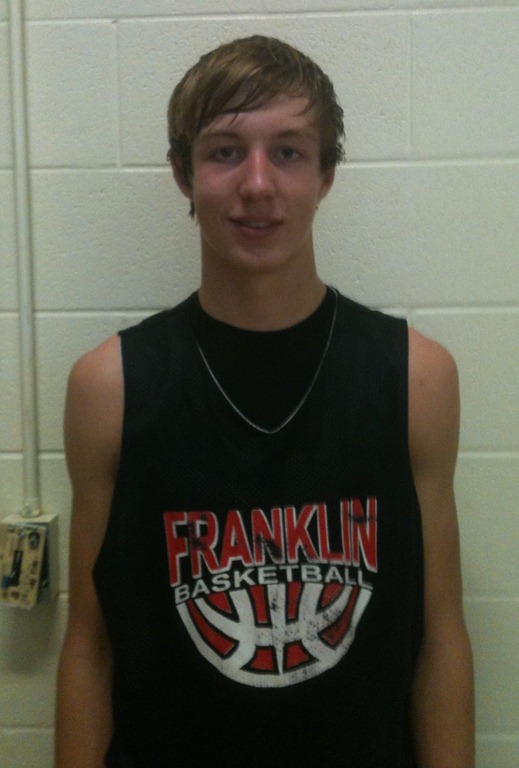 Kennard was impressive not just with his ability to score but with his complete game. The 6-foot-4 freshman was a game changer on both backboards and played the game with a maturity beyond his years. Harris is a diminutive point guard that is explosive and more than capable of doing damage distributing the ball or scoring with his midrange game. The duo led their King James 15U team to an easy tournament opening win in the 16U bracket. (Photo: Cincy Prep Hoops Report)

Look for much more from Akron on Kennard, Harris and a number of other Michigan recruiting targets in the hours and days to come. After the jump find more Friday night notes featuring Zak Irvin and 2014 big man Sean O’Mara.

Michigan has spent a lot of time recruiting 2014 big man Sean O’Mara in recent months. O’Mara, who holds an Illinois Chicago offer, mentioned that Michigan and Purdue had been recruiting him the hardest in recent weeks and Purdue head coach Matt Painter was in attendance. O’Mara seemed very comfortable with both Michigan and Purdue but mentioned that he was trying to prove to coaches that he can run the floor. Faced off against a completely overmatched Riverview squad, he showed off a bit of that improvement with this transition dunk:

We’ll have much more on O’Mara from Akron and hopefully catch the big man against some stronger competition.

Zak Irvin stands out in Indianapolis

Irvin’s game seems to improve just a little bit each time he takes the floor. The 2013 Michigan commitment was dynamic in the Eric Gordon All-Stars’ opening win in Indianapolis. Irvin had 27 points as the Eric Gordon All-Stars cruised past the Bay Area Hoosiers and he was impressive in all facets. Joe Stapleton is in Indianapolis for UM Hoops and reported that Irvin was feeling his jump shot but also distributing the ball and even playing some point guard. Michigan head coach John Beilein told Irvin and his family that he plans to be on Indianapolis on Sunday and we’ll be sure to have much more from Indianapolis where 2013 commitment Mark Donnal tips off tomorrow.