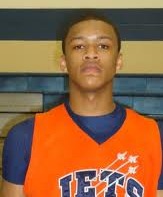 UM Hoops was on hand for a pair of AAU tournaments across the Midwest throughout Memorial Day weekend. The Best Buy Classic in Chicago drew over 300 teams including all three Michigan commitments, Derrick Walton, Zak Irvin and Mark Donnal. A number of other Wolverine targets were in action in Chicago as well as at the Super 60 Classic in Merrillville, Indiana. Find full scouting reports and recaps on Michigan’s 2013 commits as well as a number of prospects in the 2014 and 2015 classes.

After being moved up to No. 39 on ESPN.com’s top 100 in the 2013 class, Walton went out and defended his improved ranking in Chicago. He led the Michigan Mustangs to a 3-0 record on Saturday, and was the best player on the floor in every game. He had the ball on a string, seamlessly gliding around defenders, and leading the break.

Walton demonstrated some of the best handles in the tournament and always stayed under control. He rarely made bad decisions, and was stellar on both ends of the floor, bothering opponents with suffocating on-ball defense. He was comfortable on the wing in the 1-3-1 zone, displayed good recovery speed and was a vocal leader on defense.

Walton is lightning quick, and very unselfish. A pass-first guard, he easily penetrated and looked to kick the ball out, or found open teammates for easy buckets.

With his vision and passing ability, Walton makes all of his teammates better, but he can score as well. He hit shots from long range, and got to the line with regularity, displaying a good, fluid free-throw stoke. Walton’s first bracket-play game on Saturday was his team’s toughest of the day, and he took the game over offensively. He created his own offense, making clutch shots to give his team some cushion and took over the game in key moments. In a Sunday playoff win over Garner Road, Walton went coast-to-coast for a game winning layup at the buzzer.

The Mustangs went 4-1 in Chicago, finishing with a disappointing loss in the quarterfinals to the eventual tournament champions, the Florida Rams.

Irvin’s Eric Gordon All-Stars struggled in Chicago, losing both of its super pool games on Saturday. Irvin’s jump shot struggled in his first game, as he scored just seven points in a loss to the Florida Rams. But when Irvin wasn’t scoring, he found a way to make a positive impact. He guarded the Rams’ best player, got his teammates involved and was a leader on the court.

EG10 was dominated by TP Elite in its second game, facing as much as a 28-point deficit. Tempers flared and Irvin received a technical foul—one of four his team was charged with, and his first in two years according to his grandfather. When Irvin got frustrated, his game started heating up. Behind his flurry of mid and long-range jumpers, EG10 brought the game within eight points, and Irvin scored 20 of his 26 points in the second half.

Irvin’s team got its first win in the first bracket-play game on Saturday night against Minnesota Pump and Run. Irvin played point guard, demanded the ball, and did a little bit of everything. He was the floor general, scoring from everywhere on the court. His length defensively continued to bother opponents, especially in the 1-3-1 zone and he made clutch plays when his team needed it.

Irvin scored 22 points on Sunday but it wasn’t enough as Team Thad sent Irvin’s team home early.  A 1-3 record in Chicago was disappointing but Irvin displayed patience and leadership when his jumper wasn’t falling. Irvin is a streaky shooter that can score in a hurry when he’s on, but he’s not immune to shooting droughts.

Donnal was one of the few in-shape, prototypical centers in the tournament. He fought for good position on the block, demanded the ball, and displayed an arsenal of above-average post moves. He was very comfortable with his back to the basket, and played very smart, knowing when to kick the ball out, or muscle his way to the hoop.

He’s most comfortable in the post, but at 6-9, his versatility can bother defenders. With great touch, he can step out and hit from beyond the arc with ease, and has the ability to put the ball on the floor and knock down mid-range jumpers, which will bode well for Michigan in John Beilein’s system.

Donnal has a high motor, and doesn’t take plays off. He works hard on both ends of the floor every possession, and has the ability to dominate games.

He was matched up against a similar-sized player in his team’s seven-point loss against the Wisconsin Playmakers in his last pool-play game and wasn’t as dominant in the post. He continued to work extremely hard to get open down low, and displayed textbook fundamentals on both sides of the ball, but got frustrated down the stretch in the tightly contested game. He missed two key free throws, and was charged with a flagrant foul late in the second half, when his team trailed by two.

His coach, Dan Dakich, said his toughness is an asset but Donnal needs to harness his aggressiveness. He’s working on getting stronger and filling out his 225-pound frame, and he needs to improve his quickness, and footwork.

Sellers was one of the more impressive players at the Nike Spring Showdown in Merrillville, Indiana. last month, and displayed different facets of his game on Saturday in Chicago. He looked to facilitate much more in his team’s first pool-play win, and was tenacious on defense. He got out quickly on the break, and found open teammates for easy baskets in the first half.

Then came the Sellers I saw last month. He scored seven points in less than two minutes to open the second half, and helped his team pull away for the win. He hit shots from all over the floor, including several from beyond the arc, and used an explosive first step, to blow by opponents, and get to the rim.

After EG went 1-1 in pool play, the team was in danger of being booted from the tournament in its first bracket-play game, trailing by nine points with under 2:30 to go, Sellers sparked a 15-0 run to propel the comeback win.

McIntosh moved up to No. 50 in the updated ESPN.com rankings for the ’14 class, and showed why he is garnering more national attention as of late. He was much more assertive offensively. He scored six points in the first three minutes of his team’s opening game, and started 5-for-6, setting the tone. He created his own offense, putting the ball on the floor and hitting pull-up jumpers.

McIntosh is a very smart guard, who always plays under control, and rarely makes bad decisions or forces bad shots. He played up with EG’s U17 team for a game and said he’s getting used to what competition will be at the next level, but needs to improve his strength and quickness.

Indiana Elite – Team Indiana entered the tournament with an undefeated summer record. Edwards, one of the top 2015 guards in the country, already holds offers from Purdue and Indiana and has impressed at seemingly every tournament this summer. He’s a  quick slasher, who uses superior handles to shed defenders and get to the rim. He penetrates with ease, and is phenomenal on the break, but stays under control. He has good vision, is an excellent passer and gets involved on the glass. It’s clear that Edwards, the No. 12 2015 recruit in the nation, has all the tools and potential to be a future star at the high major level.

White is a combo guard who can play just about every position on the floor at this juncture in his career. He’s versatile and extremely active on defense. White is a good shot blocker, and frequently gets his hands into passing lanes.

He has a fluid stroke from beyond the arc, can hit mid-range jumpers, and can penetrate and score around the rim. White plays some point forward, and is a very good passer.

White is a bit more physically mature than Edwards and he’s able to use that size to overpower kids at the 15U level. That’s a positive at this stage but will be interesting to watch as other players develop over the next several seasons. White is drawing interest from Purdue, Indiana, Michigan, MSU, Butler and Xavier, and already has an offer from Miami (OH).

Fazekas scored 27 points in his team’s first bracket-play win on Sunday. He continued to show his versatility with a quick release from beyond the arc, and the ability to break down a defense and get to the hoop.

In Fazekas’ second game on Sunday, he didn’t play as well against a better team. He was mostly matched up against small guards and had a tough time moving laterally to stay in front of quicker players. Fazekas, who’s grown more than six inches since last year, is 6-foot-7 and spends the majority of his time on the perimeter where he has a deft shooting touch. He needs to work on being more aggressive, taking advantage of smaller defenders inside the arc and attacking the offensive glass.

He is used to being a guard, but as he continues to grow, he’ll be matched up against bigger, stronger players and the competition will increase. He needs to adjust to his new-found height, continue to fill out, and improve his post game and quickness, but with over 15 schools vying for his service after his freshman year, his potential is very high.

Another promising young prospect from Northern Indiana, Holba has already visited Michigan. The Meanstreets big man has been sidelined for nearly a month with a wrist injury but had his cast removed and is hoping to return to action in July.

Allen played with the 17U Jets in Merrillville this weekend. He started in the team’s first bracket-play game against the REACH Legends and played well. He continued to show his range, hitting a couple shots from well beyond the arc but also showed his ability to put the ball on the floor and penetrate.

Allen just knows how to play basketball. He models his game after former Michigan shooting guard Stu Douglass. He moves well without the ball, and is extremely smart. Allen has good fundamentals, doesn’t take bad shots and rarely forces action. He wasn’t as dominant against 17U competition as I’ve seen him against 16U’s, and committed a crucial turnover in the first overtime of a double-OT loss. He needs to improve his strength, finishing around the rim and his quickness on defense.

Reddick is an athletic slasher, who likes to get out on the break. He also started against REACH on Sunday with the 17U Jets and played up all weekend, shining at point guard. The biggest thing he needed to work on was staying under control on fast breaks, and he showed his improvement and discipline with the basketball on Sunday. At 6-foot-3, Reddick also showed an inside game, posting up against smaller defenders and utilizing his size.

He has great court vision, and is a phenomenal passer, always making the correct pass, creating easy baskets. The next step for Reddick is to continue to develop consistency with his jump shot, he had a critical miss at the free throw line in overtime and will have to hit shots consistently from three point range at the next level.