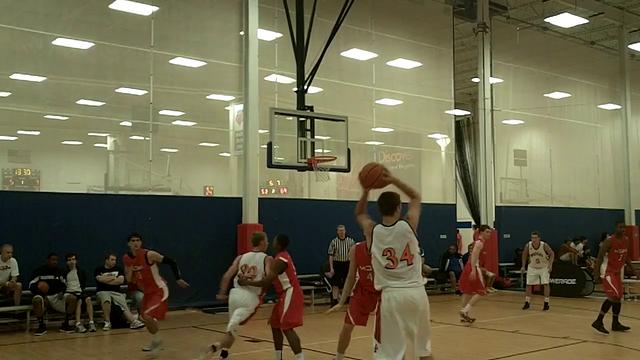 2013 big man Mark Donnal has shown continuous improvement since committing to Michigan on June 15th of last year. The 6-foot-9 center continued his strong play at the Best Buy Classic in Chicago last weekend and UM Hoops was in attendance. Watch footage of Donnal in action in the embedded media player below:

Donnal also answered some questions about his development, plans for this summer and more which you can find after the jump.
Can you talk about your thoughts on your overall performance in your loss the to the Wisconsin Playmakers?

How tall are you, and how much do you weigh these days?

How much weight would you like to put on before you arrive in Ann Arbor?

What’s the No. 1 thing you’ve been working on the past few weeks?

Can you talk about the development in your game the last couple years, and especially within the last few months?

“The past year, I’ve really been working on developing my game so I can do to the perimeter, get my shot down, and just work on my overall game.”

How much easier has it been for you this summer knowing your college decision is behind you, committing to Michigan, and you can focus solely on your game?

“I just have to prove that I earned the scholarship that I got. Go out and play every game hard.”

What kind of contact have you had with the Michigan coaches the last few weeks, and what have they been telling you?

“I talk to them about two or three times a month. They tell me to keep working, and once I get there, if there’s definitely a spot open and I can maybe get some playing time.”

Michigan hasn’t had a dominant prototypical center in a long time. How do you see yourself fitting into John Beilein’s system at Michigan?

“Well his system really helps out my game, because I go inside and out and that’s kind of how their offense works, so I think I can provide a lot.”

What are your plans as far as visiting with Michigan in the next few weeks, and the next couple months?

“My high school team is going to their team camp, and I think I’m going to the College Practice Camp in June. I think I’m taking my official visit during the Michigan State football game.”

Now that the spring season is almost over, what are your plans with your team for the future?

“We’re going to Vegas and Anaheim after June.”