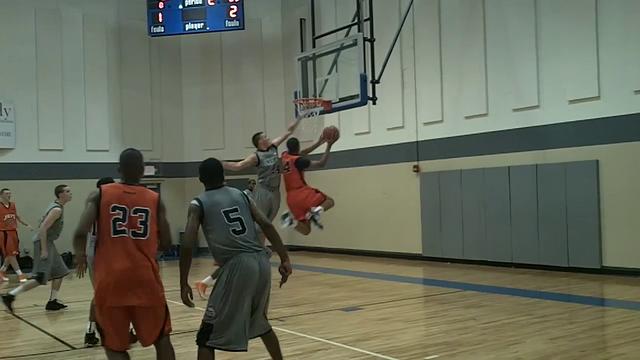 Michigan has been keeping a close eye on the Southwest Illinois Jets program for well over a year. John Beilein hosted the group for camp last summer and has paid close attention this spring. Reddick was impressive at the Super 60 Classic in Merrilville while playing up with a combined 17U Jets squad.

Reddick, who recently tripped to Nebraska and will be at Michigan’s College Practice Camp in June, updated his recruitment after the jump.

What are your overall thoughts of your performance in your 17U team’s double overtime loss just now?
“I thought I played well. I was playing up this weekend so I wanted to see how much I improved this summer. I felt I played good down the stretch. I handled the ball in pressure, and made a few clutch jump shots, but I could have made my free throws.”

What was it like, and how different was it playing up, giving you a more realistic look at what competition will be like in the future?
”It showed me I need to work on my ball handling skills. It’s really tough playing against guards quicker than me and more athletic than me, so I have to hit the weight room this summer and work on my ball handling and get a lot faster.”

What’s the offer situation for you right now, and what schools, camps are you planning on attending in the next couple months?
“The only offers I have are from DePaul and IUPUI. But I’m getting recruited by Xavier, Butler, Iowa, Illinois State, Michigan, Ohio State, Tennessee and some more schools. I’m going to Michigan’s Elite Camp in June.”

What kind of contact have you had with the Michigan coaches lately?
“I called coach Jordan about a week ago. He told me to work on my ball handling and be more vocal on the court, since if I come to Michigan, I’d need to be a leader and be vocal.”

How do you think your game relates to Michigan’s system?
“I feel like I’d be good, because they said they put a lot of trust in their point guard. So I feel like I could be a really good point guard in their system.”

Do you think you’ll get an offer from Michigan on June 15th, when they make their first offers to juniors to-be?
“They have an elite camp, and said they have five scholarships, so I’m trying to be one of the best five players there, so I can get an offer.”

Can you talk about the development in your game the last few years, and especially within the last couple months?
“I feel my biggest improvement is my jump shot. I still have to get more consistent with my pull-up game, and from three-point range.”