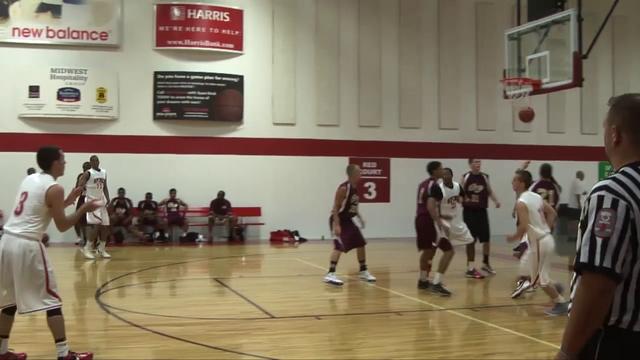 2014 wing forward Trevon Bluiett added a Michigan offer to his collection after an unofficial visit three weeks ago. As the AAU live evaluation period kicked off in July, Michigan coaches made it clear that the Indianapolis native was a priority. John Beilein or a Michigan assistant were in the stands when Bluiett played and, at times, the Wolverines even sent the maximum allowable three coaches. Here’s a scouting video of Bluiett in action as well as an update on his recruitment after the jump.


How confident are you right now with your game, especially with all the interest in you lately?
“It’s been pretty good. I had a good spring, especially coming off momentum from the state. So I carried it over to the spring and have the same mentality. I’ve been blessed that everything is been going my way so far.”

What schools have offered you so far?
“I have 12. Since the spring I’ve had Kansas State, Michigan, Notre Dame, Illinois, Louisville, Florida and Butler.”

I know you talked to Joe Stapleton about your recent visit to Michigan. Can you just recap the visit as a whole?
“It went really well. We visited campus and first we did the academic part because that’s what’s most important. Then we did business centers in that kind of stuff. Everything was really nice. I really like their style of play and I feel like if I were to go there, it would be a good fit.”

Do you have a time frame for when you want to make a decision of where to commit?
“I don’t know. After July, me and my dad are going to start narrowing down some schools and start making a process.”

How have you progressed into more of an all around player?
“Of course I’m a shooter, but what happens when they stop that? So basically I have to be versatile. During practice, my coach will make me do guard drills, and when I go to train we always do two-ball and stuff like that so I’m becoming more of a combo guard. I need more improvement in my ball handling but I’m getting there.”

You look more aggressive lately. Are you starting to begin to fill that role of a combo guard?
“Yeah kind of. You know, when we had (our point guard) out, there wasn’t like a set leader to get things going. So I felt like I had to do that, like I had to fill in the holes.”

What other visits are you planning on taking in the next few weeks?
“I have to go visit Illinois, and then I think we’re going to visit Kansas State.”

Illinois has a new staff and Kansas State has a new staff. What do you think about that?
“I originally liked coach Weber at Illinois, so I still like him now that he’s over at Kansas State. He’s still in a good conference. And coach Groce, when I saw what he did with Ohio last year, that definitely opened my eyes to something different.”

I know you liked the Michigan coaches loose style and sense of humor? How does that factor into your decision?
“It definitely helps because I like to have a close relationship with coaches. If I can joke around with them and that type of stuff that definitely helps. I don’t want to go to a college where I’m distant from any coach. I feel like if I have a close relationship with everybody, that will be pretty good.”

How much fun has the whole recruiting process been? Traveling all over the country and playing in front of all these coaches?
“It’s pretty good. I still play my game and then afterwards, then I worry about coaches when they call. We just talk and stuff. It won’t get pretty nerve racking until we start eliminating schools, so it’s pretty fun right now.”