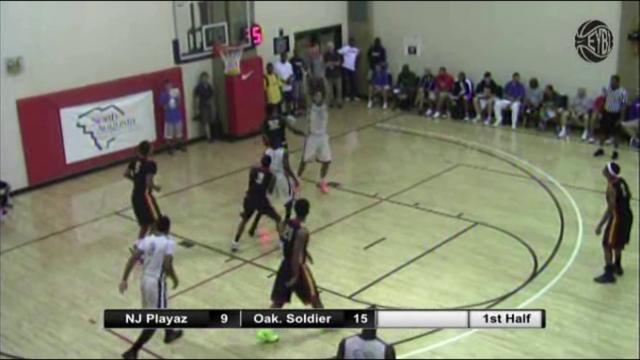 John Beilein was in attendance for both of Reggie Cameron’s Thursday games at the Nike Peach Jam in Augusta on Thursday. Cameron, a 2013 forward, notched 17 points on 5-of-8 (2-2 3pt) shooting with seven rebounds in a 27 point loss to the Oakland Soldiers and followed that up with seven points on 3-of-11 shooting in a 13 point win over Indy Spiece. Here’s scouting footage of Camreon in action during  both games.