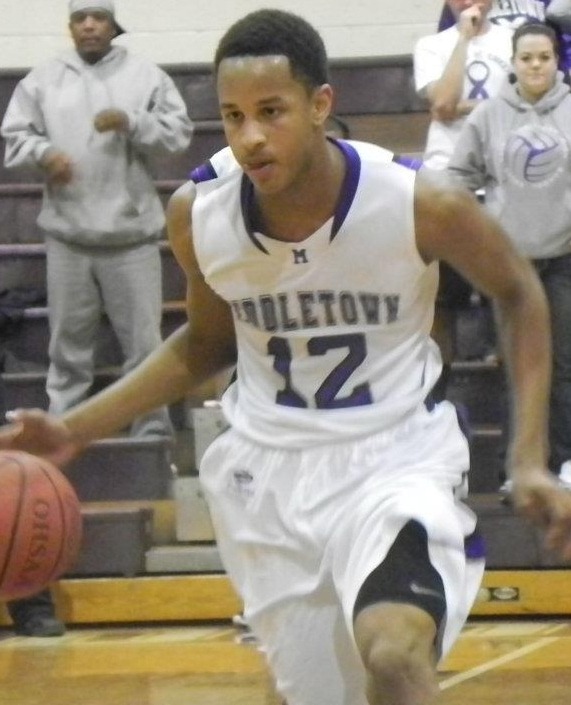 Vincent Edwards is a 4-star 2014 prospect with an impressively versatile game. The Middletown, Ohio native has had a breakout summer and is now hearing from many Big Ten schools. He has especially heard a lot recently from the Michigan coaching staff. UMHoops caught up with Vince to talk his game, the summer and more.

How did the AAU season go?
I feel like the AAU season went pretty well. You’ll always have games when you think you could’ve done better and some things could have gone differently, but that’s the way it is. Other than that, I feel like my AAU season was pretty good.

Purdue, Xavier and Dayton have already offered you. Who else have you been hearing from?
Recently, besides the offers it’s been Michigan.

No new offers?
Well, I have one from West Virginia but they’re just waiting for me to take a visit to make it official. It’s just not official yet.

Which coaches have you been talking to from Michigan?
I’ve talked to coach Beilein a couple times and the one I talk to the most is coach Jordan.

How often do you talk with the coaching staff?
We talk pretty often. Like every other day.

Are they talking to you at all about a possible offer?
They have been sounding really interested in me and they want me to take a visit pretty soon, so I think it sounds like it but I’m just not for sure.

What else have you talked about with the coaches?
Just about how my day’s going, how’s life treating me, how school’s going.

They were at most of your AAU games?
Most of them, they were.

What are some skills you were working on this summer?
I was working on getting stronger and quicker.

What are you looking for in a school?
Just a great program. Like, a great facility, great atmosphere, just great classrooms. Somewhere I can feel comfortable and where they make me feel at home and where I’m wanted.

When do you think you’ll visit Michigan?
We don’t have the complete visit schedule right now because of my mom’s and dad’s work schedules. I’m pretty sure we’re going to make it up there, I just need to get an official date once we get a schedule.

Can you see it happening sometime next month or something?
Right, it’ll be sometime in the fall before basketball starts.

Any other visits planned?
Maybe. West Virginia would be the only one right now.

What do you like about Michigan?
Michigan is a great school. There are fans all over the world for Michigan and they’ll love you. It’s a great place to be. There just aren’t many places like Michigan in the country.