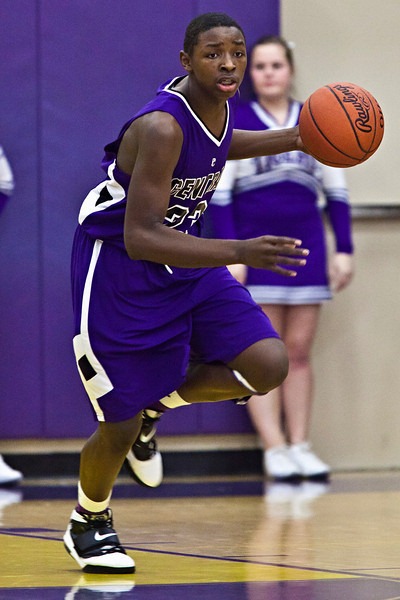 Michigan experienced a frenzy of commitments after extending class of 2013 offers on June 15th, 2011. With two commitments in June and two more in early August, John Beilein had nearly wrapped up his 2013 class before he even started. Michigan identified its targets and sealed the deal quickly. With the Wolverines appearing to be in a strong position for a number of 2014 targets this spring and summer, some expected a similar outbreak of commitments.

Four offers have gone out, but the commitments haven’t come just yet. However, the lack of early commitments is far from unique and certainly not reason for panic. Of Scout.com’s Top 75 in the class of 2014, just three players (all ranked in the bottom third) are committed.

With the live evaluation period in the books, high school set to resume, and fall visits ready to kick off we take a look at where Michigan’s 2014 recruiting stands right now by breaking down the Wolverine recruiting board into tiers.

Michigan has extended four offers to class of 2014 prospects and all four players emerged as consensus top 75 players after strong summer performances. Booker and Bates-Diop were June 15th offers that have held off an early commitment while Michigan has expanded to a pair of wings in Trevon Bluiett and Jae’Sean Tate with July and August offers respectively.

Devin Booker
Schools to Watch: Michigan, Missouri
Offers: Alabama, Arkansas, Florida, Michigan, Mississippi, Missouri
Skinny: Michigan identified Booker as a big time prospect earlier than most and that has reaped rewards for John Beilein and his staff. At one point Booker seemed to consider committing early but he’s backed off those talks and is exploring more options. Still, Michigan has hosted Booker on campus at least four times and has made a strong impact. Booker’s father was an All-American at Missouri, who has also offered a scholarship, and he’s also made a recent visit to Michigan State.

Keita Bates-Diop
Schools to Watch: Michigan, Purdue, Illinois
Offers: DePaul, Illinois,  Kansas State, Marquette, Michigan, Northwestern and Purdue
Skinny: Bates-Diop was Michigan’s other June 15th offer. The 6-foot-8 forward has inside and outside skill with a solid shooting stroke and incredible length. Engineering and education are critical for Bates-Diop which is one reason that many think Michigan and Purdue are in a strong position for his services. Home-state Illinois and new head coach John Groce have made a push, hosting Bates-Diop on a recent unofficial.

Jae’Sean Tate
Schools to Watch: Michigan, Ohio State
Offers: Dayton, Iowa, Michigan, Ohio State, Purdue, Xavier
Skinny: Tate was the most recent 2014 prospect to add a Michigan offer and his recruitment appears to be an Ohio State versus Michigan battle. The Columbus native has local ties to the Buckeyes but Michigan has made inroads into Tate’s Pickerington Central program on both the hardwood (Caris LeVert) and the gridiron (Taco Charlton).

Michigan is very involved with this group of prospects and mutual interest is strong but Beilein and his staff are either waiting for marked improvement, higher rated prospects to commit or potentially a campus visit.

Michigan would offer any of these kids in a heartbeat if the Wolverine staff could lure them onto campus for a visit. These are top 30, or even top-15, level prospects that the Michigan staff has made strong overtures toward but seem to be lacking mutual interest.

Michigan has watched the players on this list at least once or twice this summer and has showed interest. Whether any prospects emerge as serious targets remains to be seen – for various reasons – but they are certainly names to remember.