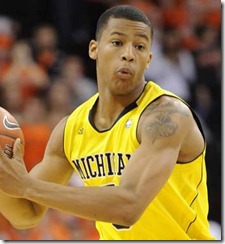 Michigan released its 2012-13 roster with updated heights, weights and numbers for returning players and incoming freshmen.

Here are some notable increases, decreases and changes to the numbers:

View the whole roster here and feel free to discuss the changes below.