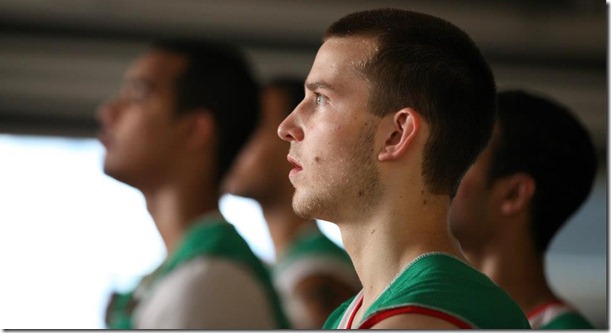 Michigan freshman Nik Stauskas was one of 27 Canadian internationals to participate in a five day training camp with the Canadian Senior Men’s National Team. The camp is part of a newly implemented approach by Canadian national team general manager Steve Nash to prepare Canada for the 2016 Olympics.

The roster of participants featured NBA players such as Tristan Thompson, Kris Joseph, Cory Joseph, and Robert Sacre as well as college standouts such as Kevin Pangos (Gonzaga), Kyle Wiltjer (Kentucky) and Myck Kabongo (Texas). Former Michigan wing Jevohn Shepherd, now playing in Holland, was also in attendance. Andrew Wiggins, the top prospect in the class of 2014, did not participate but former class of 2014 Indiana commitment Trey Lyles was present.

Reports were that Stauskas was one of the pleasant surprises of the event. Peter Yannopoulos, a former UMass coach and TSN radio host, passed along whispers that Stauskas and former Indiana commitment Trey Lyles impressed.

North Pole Hoops was another outlet to mention the Michigan freshman’s “strong showing” at Canadian camp.

For Stauskas, this is a golden opportunity to get involved in an up and coming Canadian National Team program and also gain experience for Michigan’s upcoming season. The 6-foot-6, 190 pound freshman will be called upon by Michigan coach John Beilein to replace much of the three point shooting threat lost by the graduation of Zack Novak and Stu Douglass.