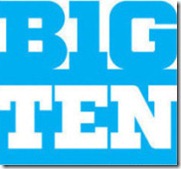 Time and television information has been announced for Michigan’s 2012-13 schedule. The Wolverines will play at least 15 and up to to 19 games on national television based on tournament performances and TV wildcard options.

Michigan will play at least two games on CBS, at Ohio State on January 13th (1:30/4:30 p.m.) and at home versus Arkansas on December 8th at noon. Michigan’s final three home games – against Illinois, Michigan State and Indiana – will be flex scheduled between CBS, ESPN or BTN.

The ESPN family of networks will carry at least seven Michigan games throughout the 2012-13 Big Ten season. Those ESPN broadcasts will be highlighted by Michigan’s February 2nd, 9 p.m., game at Indiana, which will be a part of ESPN’s GameDay programming.

Other highlights on the Wolverines’ ESPN conference slate include Ohio State (ESPN) and at Michigan State (ESPN). Michigan’s games at Northwestern (ESPN2), at Minnesota (ESPN/2), Purdue (ESPN/2) and at Wisconsin (ESPN/2) will also be broadcast by ESPN or ESPN2.

Remaining games will be picked up by the Big Ten Network or BTN.com.

You can view Michigan’s complete 2012-13 schedule with updated time and TV information on our schedule page.