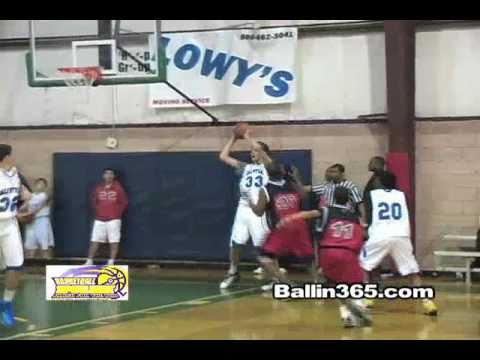 Stephen Zimmerman is one of the top rated 2015 big men on the west coast. The sophomore stands at 6-foot-11 and already claims offers from schools like Kansas and UCLA among many others. Zimmerman tore his meniscus at the beginning of the summer but is now making his way back in time for the high school basketball season. We talked to Zimmerman about his recruitment, Michigan interest and more.

I just try to be as much of an all-around player as I can. I know that’s kind of hard at my height, but I think that’s what’s going to set me apart from the other players. I try to at least a little bit of everything. I try to be that kind of threat.

Tell me about how the summer went for you.

This year I didn’t do much because I had the surgery (for a torn meniscus) at the beginning of the summer. But I did go to one tournament, and we did pretty well. We won the Real Deal in Little Rock. But the team did really well and they had a great summer.

What have you been working on since you’ve been back in action?

I just got cleared to play probably about two weeks ago, so I’m just trying to get back. I’m working on ballhandling and stuff, just trying to take the ball if I need to. Court awareness, if I’m in the post, looking for people. Just being really aggressive and going for everything I can.

Can you run down the list of schools you’ve been hearing from?

All the schools I just listed have offered except for Tennessee and Michigan.

Mainly, I’m looking for a great environment. I don’t want to go to a team where no ones close or something or everyone’s fighting in practice. I want to go somewhere where it’s like a big family. I know a lot of schools are like that but I’m looking for compatibility with the players and coaches and stuff.

What sort of contact have you had with Michigan?

I talked to one of their assistants [LaVall Jordan]

How often have you heard from Michigan?

Just the regular stuff. They talked about the game, how my leg is doing, stuff like that. How me going on a visit would be fun, that kind of stuff.

Based on what you know about Michigan, what do you like about their program?

They have a great team. I think they can come up and be one of the best teams if they just have the right components.

Have you visited any schools yet?

I went to an unofficial at Arizona.

According to his mom, Zimmerman has no visits planned for this fall at this point. Michigan coaches are expected to attend one of Zimmerman’s workouts in the next week. However, the 6-foot-11 big man has already impressed back on the court this fall. In a recent workout he impressed Rivals scouts ($) as well as a number of other attendees.