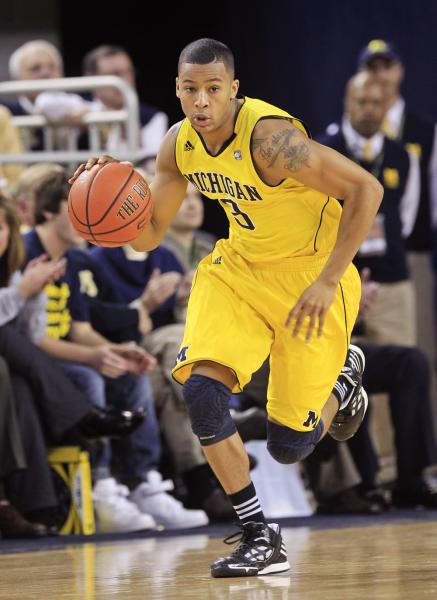 The latest preseason hype for the 2012-13 Michigan Wolverines includes some personal recognition for Michigan point guard Trey Burke. Burke was tabbed as a third-team preseason All-American by the Sporting News:

Burke exceeded every expectation as a freshman, becoming the on-court leader despite the presence of other veterans. The point guard averaged 14.8 points, 4.6 assists and 3.5 rebounds per game for a Michigan squad that finished in a three-way top atop the Big Ten regular-season standings.

Two other Big Ten players picked up preseason All-American honors as Cody Zeller and Deshaun Thomas were both selected for the first team. Michigan will also face CJ Leslie (NC State, 2nd team) and BJ Young (Arkansas, 3rd team) this season and could face CJ McCollum (Lehigh, 1st team) if Lehigh can upset Pittsburgh in the NIT Season Tip Off. Yogi Ferrell was the only incoming freshman from the Big Ten to earn a spot on the All-Freshman team.