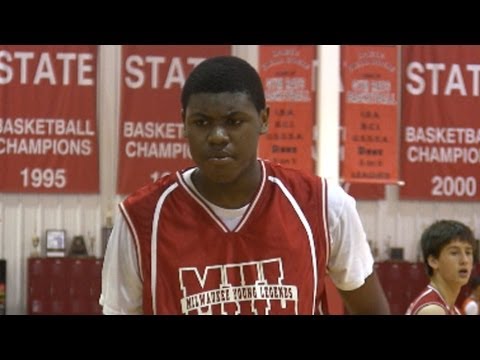 Going To The University Of Michigan Football Game This Weekend#leggo

Stone is regarded as a consensus five star prospect and ranked the No. 2 player in the class of 2015 by both ESPN and Scout.

Stone recently put together an impressive performance at the USA Basketball Minicamp in Colorado. JB Bauer scouted the event and contributed this report to UM Hoops:

Diamond Stone played like what he undeniably is – one of the top players in the 2015 class.  There were a number of talented big men defending him this weekend, including some very good shot blockers, but Stone’s big body was difficult for defenders to stop down low.

His size combined with a sweet, soft shooting touch and a number of nice post moves is best defended by keeping the ball out of his hands.  Stone is absolutely the real deal.