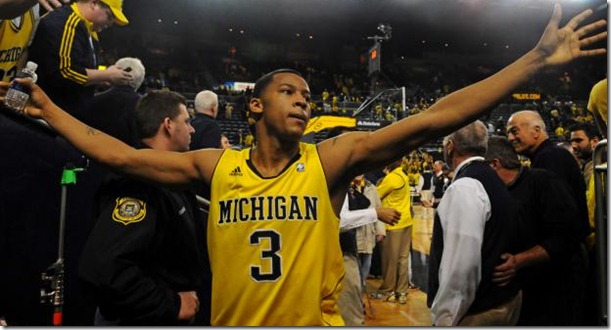 Burke shared Big Ten Freshmen of the Year honors a season ago and flirted with the NBA Draft this spring.  The sophomore was picked as a second team All-American in 2011-12 and averaged 15 points, five assists and four rebounds per game. He’s expected to be a focal point for the Wolverines once again this season.

Big Ten Media Day will be streamed live from Chicago this morning with coach press conferences throughout the morning. John Beilein is expected to take the podium at 10:20 eastern time. Find the full Big Ten preseason selections after the jump.