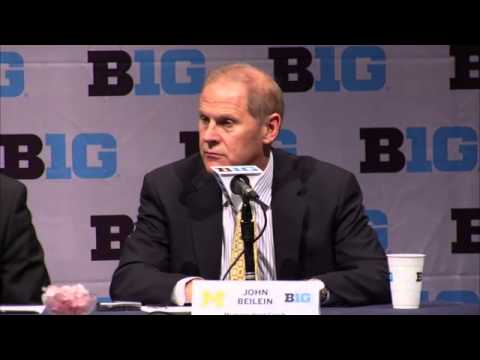 Read the full transcript of Beilein’s remarks in our previous update. One notable update off of the podium was that Jon Horford suffered a knee injury in practice yesterday and the severity remains unknown. Check back throughout the day for additional updates from Big Ten Media Day.