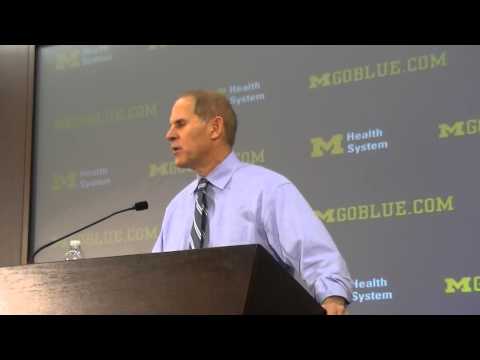 John Beilein took some time after Michigan’s exhibition match-up against Northern Michigan to talk to the media. He discussed his lineups, what he thought of the freshmen, his team bringing down 19 offensive rebounds and more. You can watch in the embedded media player below or read the notes and quotes after the jump.