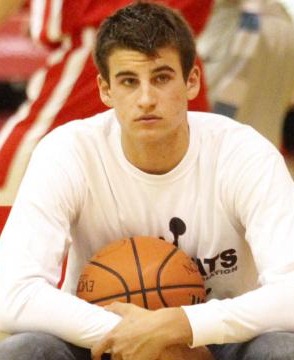 Per a spokesman for the Hatch family, 2014 Michigan commitment Austin Hatch has been cleared to begin practicing with his high school team.

Austin Hatch has been conditionally released by his medical team to begin practicing with the Canterbury High School basketball program. The first official practice is today, however, Austin is limited to the types of drills he can participate in at this time. Although everyone is encouraged by the progress he continues to make, Austin and his family ask that you do not approach him for interviews at this time.

It hasn’t been determined whether Hatch will play for the team this season, but the progress that he’s made continues to be significant.

Hatch was involved in a plane crash in June of 2011 that took the lives of his father and step mother and left him in a medically induced coma. The one time class of 2013 recruit was granted an additional year of eligibility by the IHSAA and is now a member of the class of 2014.