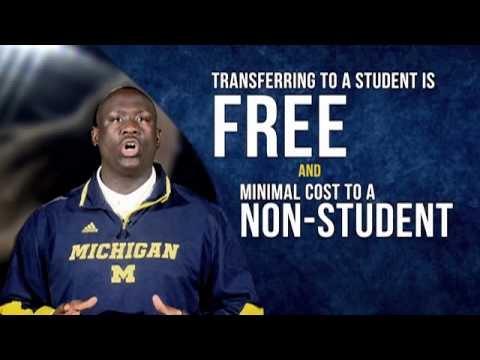 Preseason Top 25 + 1 Countdown: Michigan – CBSSports.com – “Quote from an opposing coach in the league: “They’re not going to deviate from what they do. He’ll probably play McGary and another big together, but that’s a couple of non-shooters out there. With the percentage of 3-pointers they shoot, they struggle if they don’t shoot well. And if they don’t shoot well, how well will they rebound? But they’ll be pretty good. Burke and Hardaway are two of the 10, 15 best players in the league. The Big Ten is going to beat everyone up, but it’s a breath of fresh air in the NCAA tournament. It’s all about matchups.”

Michigan Wolverines 2012-13 Team Preview – NCAA Basketball – SI.com – “If a program’s ultimate success is measured in terms of NCAA wins, it’s time for Michigan to make a move into the tournament’s second weekend. And for the first time in Beilein’s tenure, the Wolverines may be in a good position to do that. A highly-regarded recruiting class, the decision by guard Trey Burke to return for his sophomore season and a level of depth Michigan hasn’t enjoyed in a long time should combine to make the Wolverines dangerous.”

College basketball’s 25 most intriguing players for the 2012-13 season – Yahoo! Sports – “14. Mitch McGary, Michigan center: Could he be the Wolverines’ version of Cody Zeller? Highly touted recruit will team with guards Trey Burke, Tim Hardaway Jr., and Glenn Robinson III on what could be Michigan’s best team in nearly 20 years.” (Photo: Dustin Johnston)

Scout.com: Updated 2013 Class Rankings – Michigan down to 13th in Scout’s team rankings, second in the Big Ten behind Indiana

The Bartelstein Blog: Being Captain, Making a Gretzky, Comic Relief – MGOBLUE.COM – University of Michigan Official Athletic Site – “My job is actually easy with all the great leadership we already have in our locker room. Guys like Matt (Vogrich), Jordan (Morgan), Corey (Person), Eso (Akunne), Blake (McLimans), Tim (Hardaway Jr.) and Trey (Burke) do an outstanding job already leading and nothing is going to change. The only difference is I get the privilege of shaking hands with the referees before games and will have the opportunity to talk to Teddy Valentine and Ed Hightower, two fan favorites.”