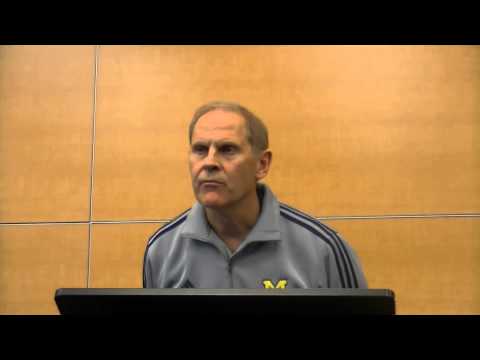 John Beilein previewed Michigan’s season opener against Slippery Rock this afternoon with the media. Beilein made it clear that he won’t overlook the Division II opener and also relayed some injury news. Freshman guard Nik Stauskas is dealing with back spasms and is “probably questionable” while Jon Horford is expected to be in the rotation Friday.

You can read the rest of the notes and quotes after the jump or watch the full press conference using the embedded media player below.

From Beilein’s opening statement: “We’re excited about opening the season. There’s a lot of Division I games opening Friday night. People probably do not realize what Slippery Rock has become as a team, particularly this year. This will be an extremely, extremely talented Division II team. This is a team that, with some breaks, can win a Division II championship. They return four out of five starters and their fifth starter is a very good player as well. Just scrimmaged at Navy, and they were ahead by 30 in the second half. 30, in the second half. They’re really well-coached. … We have our work cut out for us.”