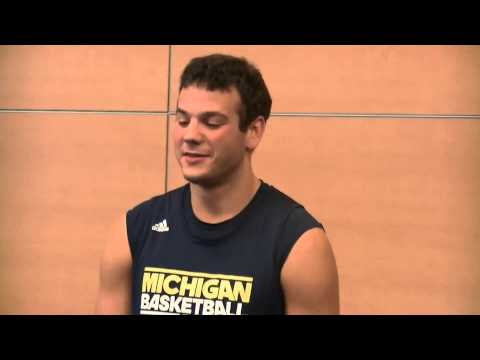 Josh Bartelstein and Jordan Morgan met with the media this afternoon ahead of Michigan’s season opener against Slippery Rock on Friday. Bartelstein discussed what it meant to be named a captain and how he looks to embrace the role. Morgan discussed the team’s growth in practice thus far and his thoughts on Bartelstein as a captain.