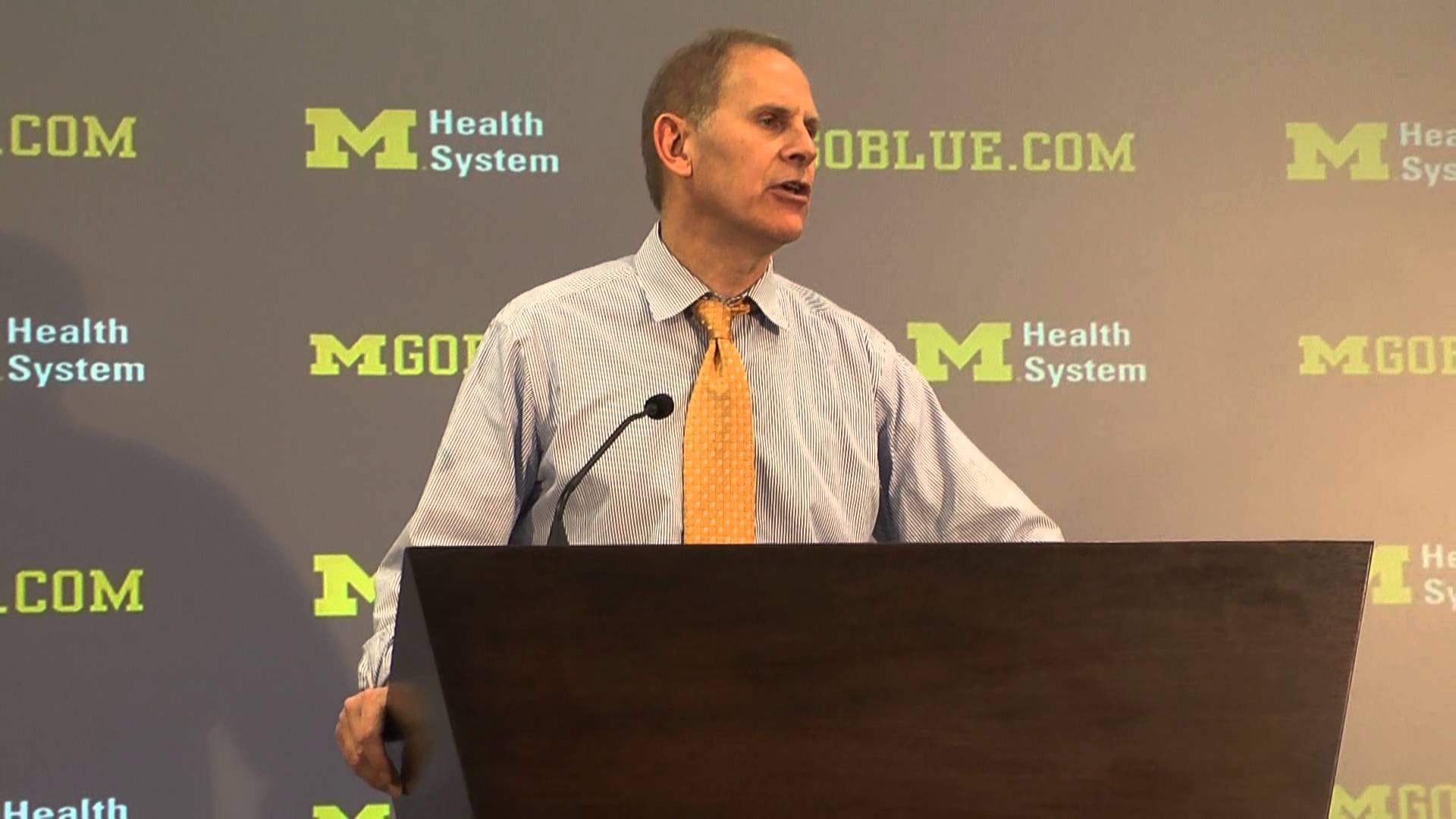 John Beilein addressed the media on Friday evening after watching his team score 100 points, for the first time since 2007, in the season opener. Beilein discussed Tim Hardaway Jr.’s monster day, Jon Horford’s return from injury, Trey Burke’s night and much more. Watch Beilein’s press conference in the embedded media player below or find highlighted quotes after the jump.


Opening statement: “I was telling their coach that I really like their team, I think they have a great chance. You saw early in the game what we saw on film – that they have a chance. But then when we got it going, we really got it going. We defended, rebounded and that put us in the transition game. We played well as a team and Tim Hardaway Jr. was really special today. With 10 rebounds, finding people. He’s been practicing this way for about a week and its really nice to have him playing this way. For him to score a thousand points in the first game of his third year. He’s really been playing that way – I see another step in his progression playing as a combo type of guard that has really been good.”