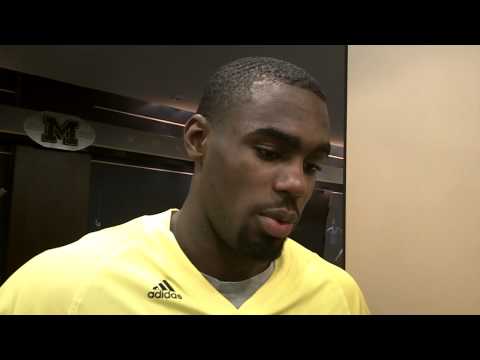 Tim Hardaway Jr., Trey Burke and Jon Horford met with the media after Michigan’s 100-62 win over Slippery Rock on Friday evening. Hardaway led the way with a double-double of 25 points and 10 rebounds while Burke added 21 points and eight assists. Jon Horford saw his first action of the season while recovering from a knee injury.

Burke and Horford after the jump.