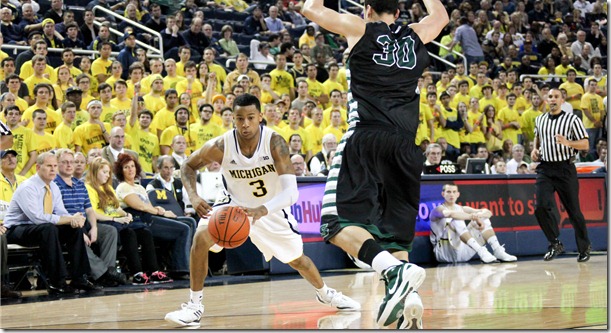 The North Regional of the NIT Season Tip Off begins in Ann Arbor on Monday evening with Cleveland State facing Bowling Green (6 p.m.) and Michigan hosting IUPUI. The Wolverines are set to get underway after the Cleveland State-Bowling Green match-up and the winners of Monday’s games will battle on Tuesday for a trip to Madison Square Garden for the final rounds of the tournament.

Tip off is scheduled for 9:05 p.m. at Crisler Arena with the game televised on ESPNU (or WatchESPN.com). Join in the discussion before, during and after the game in the comments section below.