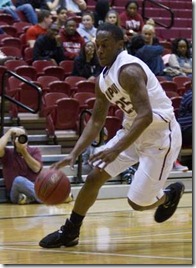 After winning three games (and exhibitions) over Division II foes by an average margin of 34 points, Michigan will finally face a Division I team in Ann Arbor this evening. The Wolverines host the IUPUI Jaguars in the opening round of the NIT Season Tip Off with a Thanksgiving trip to New York City on the line.

IUPUI head coach Todd Howard had a difficult first season as a head coach after being promoted from assistant coach to the top of the program. IUPUI limped to just a 14-18 record and 7th place Summit League finish despite having one of the top scorers in the Summit League, if not the country, in Alex Young. Things won’t get any easier for Howard in his second season as he loses his top scorer (Young), rebounder (Christian Siakam) and point guard (Stephen Thomas) from a year ago. Picked to finish fifth in the Summit League this season, Howard will have to build around a number of unproven players.

Proven commodities are few and far between on the 2012-13 IUPUI roster but that’s not to say there’s not potential. The two returning Jaguar starters are 6-foot-1 guard Ian Chiles (10.5 ppg) and 6-foot-6 sophomore Lyonell Gaines (6.3 ppg, 4.3 rpg). Gaines came off the bench in IUPUI’s exhibition and season opener while Chiles is a preseason second team pick. Chiles can shoot the three (41.5%) but is more of an attacking player, attempting two thirds of his shots inside the arc and getting to the free throw line often. Chiles is also regarded as IUPUI’s best defender and is likely to draw the assignment of Trey Burke – if he plays. Chiles missed the season opener with a toe injury and no update on his status was available at the time of publishing.

Fifth-year transfer John Hart (right) played just 550 minutes total in his career at Purdue but might have found a perfect fit at IUPUI as he scored 19 points in his debut. Hart has limited Big Ten experience but more than enough to be a focal point for the Jaguars on both sides of the ball.

Fifth year senior former walk-on Sean Esposito and previously seldom used senior point guard used Greg Rice should also be expected to play major roles in the IUPUI backcourt. Rice is the primary but unproven setup man, racking up 10 points and five assists in the season opener while Esposito is a three point specialist at 40%.

Up front, IUPUI will call on a number of relatively unproven options. Juniors Mitchell Patton (6-9, 248lbs) and Donovan Gibbs (6-7, 200lbs) both averaged under 13 minutes and four points per game last season but started the IUPUI opener and combined for 25 points and 16 rebounds on 11-of-19 shooting against Utah Valley (the duo also had 30 points and 25 rebounds in an exhibition win over Trine). The front court pairing has showed some early promise but has yet to face off against a frontcourt of Michigan’s caliber.

The Jaguars lost their fair share of close games last season and were probably a couple possessions away from finishing in the upper half of the Summit League. The bad breaks weren’t enough to mask IUPUI’s fatal flaw: defense. IUPUI’s defensive efficiency ranked 311th nationally as opponents shot the ball extremely well inside (52.6% on twos) and outside (36.3% on threes) against the Jaguars. Poor field goal defense combined with below-average defensive rebounding and a tendency to allow too many free throws resulted in a defense that

Without Alex Young, who took almost 35% of IUPUI’s shots, this is almost a brand new team. It’s still too early to judge the 2012-13 Jaguars with the loss of so many critical pieces and an early win over Utah Valley doesn’t tell us much.

IUPUI should provide more problems defensively for Michigan in the backcourt than the frontcourt. What little experience the Jaguars have lies in the backcourt with Chiles and Hart, the two players that will likely be matched up with Burke and Hardaway respectively. If Michigan’s new post depth is as good as advertised then Morgan, McGary, Horford and company should be able to put together a strong performance against the relatively unseasoned combination of Patton and Gibbs.

Ken Pomeroy gives Michigan a 96% chance of winning, projecting a 74-55 final in a 61 possession game. A Wolverine loss would be crippling not only because this is a game that Michigan should win but because a trip to New York City and two games against high-major schools are on the line.

This & That: The winner of Michigan-IUPUI will face the winner of the Cleveland State-Bowling Green game which will be played immediately beforehand at Crisler Arena. Michigan has never won a Preseason NIT game at Madison Square Garden (0-4 all time) but has never lost at home (5-0 all time) in the tournament.  Michigan has only played IUPUI once, an 84-79 win in January of 2003.