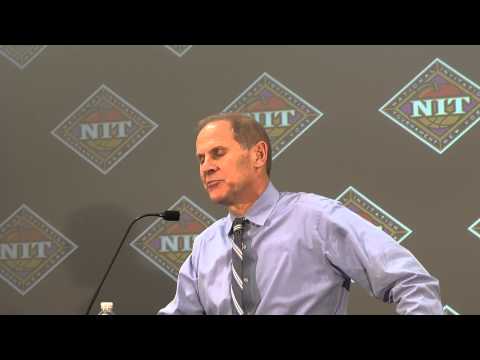 John Beilein met with the media after his team’s 77-47 win over Cleveland State to advance to the NIT Season Tip Off semifinals next week. You can watch the full press conference in the embedded media player below or read the notes and quotes after the jump.

Opening Statement: “Really unusual situation to have your guys going back-to-back, going to classes, trying to play back-to-back while the other team’s in a hotel resting back-to-back. Turning things around, studying… That was a challenge and I’m really pleased with the way we responded. That is not easy when you’re playing in a tournament atmosphere with a quick turnaround. Especially coming out with that first half. Our defense was terrific, it fueled our offense, which was basically fast-break, and it really allowed us to get out front by so much that the lead was going to be hard to overcome no matter what Cleveland State did.”