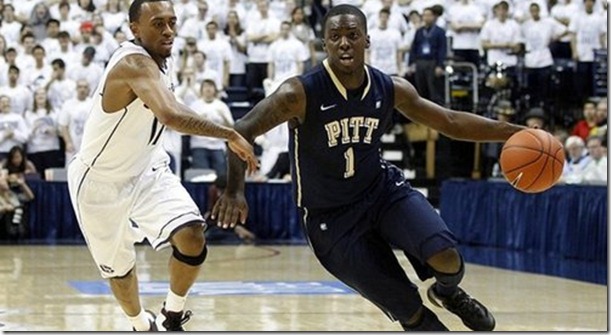 Over the next week, Michigan has an opportunity to answer whether it deserves its top five ranking as it plays Pittsburgh, possibly Kansas State and North Carolina State in the span of six days. All three schools are high-major programs that will test the Wolverines but John Beilein’s team should also be favored in every contest. Madison Square Garden will serve as a realistic proving ground for a highly regarded but untested Michigan squad.

Michigan’s first test is Pittsburgh, a traditional Big East power that earned a top-six NCAA tournament seed in seven of the last nine seasons. Beyond last year’s disappointing season, when the Panthers still won 22 games, Pitt has been one of the most consistent programs in the nation. The Panthers appear to have recovered from last year’s setback with a strong 4-0 start, after narrowly avoiding an upset against Oakland, and should compete in the upper half of the Big East once again.

The primary strengths of Pittsburgh’s offense match the strengths of Michigan’s defense verbatim: two point shooting and rebounding. Pittsburgh ranks 7th nationally in two point shooting (60.9%) and 8th in offensive rebounding (46.2%). Michigan’s defense ranks 7th in two point defense (34.7%) and 3rd in defensive rebounding (14.6%). Something has to give as the strengths of both teams face off and the winner of both statistical battles is likely to have a massive upper hand on that end of the floor.

Michigan’s defensive rebounding can also affect the Wolverines on the offensive end of the floor. Early on this season, Michigan has generated significant amounts of easy offense by corralling defensive boards and pushing the tempo for quick shots. That recipe for success has worked but the Wolverine offense is likely to be tested in the half court more than we’ve seen this season. Michigan’s early shooting numbers have been impressive (59% on twos, 49% on threes against Division I foes) but the Panther defense will be much more physical than anything Michigan has faced. Pittsburgh’s defense has been much weaker against the three (37%) than the two (42%) in early games which could yield open shots for some of Michigan’s perimeter shooters.

Senior guard Tray Woodall (above) will get the start for the Panthers in the backcourt. He’s an effective scorer but thrives as a setup man, posting the 11th best assist rate in Division I last season. He’ll be joined by freshman James Robinson, who isn’t much of a scorer but is known for his defense and could be the man to guard Trey Burke.

Lamar Patterson is the resident defensive stopper for Jamie Dixon. At 6-foot-6, 221 pounds, it would seem that Patterson is likely to draw the defensive match-up with Tim Hardaway Jr.  He’s a limited usage offensive player (using just 12.9% of Pitt’s possessions) that hasn’t found his perimeter stroke this season (1-10) but hit 41% of his triples last season. J.J. Moore averages 13 points per game off of the bench while former Michigan recruiting target (and former Central Michigan Chippewa) Trey Zeigler will also play a significant role.

In the front court, Pitt will lean on the combination of sophomore Talib Zanna and top-ten ranked freshman Steven Adams. Zanna is 6-foot-9, 230 pounds and will be a load for Glenn Robinson III to handle at the four position if Michigan goes small. Most of Zanna’s offense comes around the basket but he’s a great offensive rebounder, shot blocker, finisher and defender around the rim. Adams is a legitimate 7-footer and has already blocked 9 shots in four games (Michigan has blocked just five shots, as a team, in three games). Former McDonalds’ All-American Dante Taylor comes off the bench in the front court and provides another power rebounding and finishing option around the bucket.

Pitt’s rotation is fairly deep, with eight players averaging at least 18 minutes per game and the talent, size and athleticism is clear. This game should be one of the first times where Michigan is unable to overwhelm with its smaller line up and might need to play with two posts. Jordan Morgan, Mitch McGary and Jon Horford have all put together strong stretches of play in early season play but will need to be at their best to deal with Pitt’s aggressive and athletic front line at Madison Square Garden.

John Beilein has had over a week to prepare for this game while Pittsburgh opted to play a weekend game in between the preliminary NIT games and the final rounds. The decision almost cost the Panthers as the Oakland Golden Grizzlies led by as many as 18 points at Pitt before losing in overtime.

Pomeroy projects a 61-60 Michigan win in a 57 possession slugfest, giving the Wolverines 56% odds of advancing. Vegas is a little more confident in the Wolverines, setting the line at 2.5 points. Depending on how good Pitt truly is – and it appears they are pretty good – this could be Michigan’s toughest non-conference game of the season given the neutral venue. Speaking of that neutral venue, Pittsburgh should draw well to Madison Square Garden as the Panthers play there often and have plenty of alumni in the region. If Michigan wins, it becomes a lot easier to buy into the hype. If Michigan loses, the game will serve as a stern reminder of just how far this team has to develop to contend for the Big Ten championship and beyond.