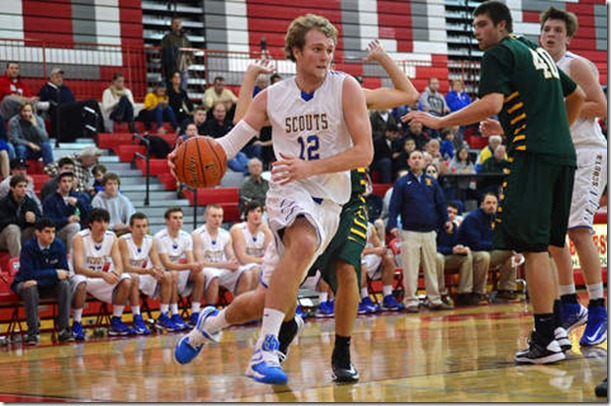 High school basketball isn’t in full swing across the country yet but a number of Michigan commitments, targets and offered prospects have already begun their seasons. Here’s a look at how Michigan recruits fared across the country over the last week.

Zak Irvin (2013, Wing, Signed) is a likely Mr. Basketball candidate in the state of Indiana and he started the season with a bang last week.

Irvin opened the season with 31 points and 12 rebounds in a 81-61 win over cross-town rivals Fishers. Irvin scored 24 of his 31 in the first half and silenced opposing students who chanted “sidekick, sidekick” while he shot free throws. Thus far, Irvin has showed no signs of slowing down without Gary Harris by his side.

Here’s video of Irvin from the Indy Star previewing his season:

High school basketball hasn’t tipped off in Michigan yet but the annual super scrimmage took place at Lansing Eastern over the weekend. Michigan bound Derrick Walton stole the show by most accounts. Steve Schwanda of All Eyes on U Hoops, called Walton the best player in the gym:

In saying all of that, I haven’t even mention the best player in the gym, Michigan bound Derrick Walton. Chandler Park has some other talented guys, but the team will go as Derrick Walton goes. Derrick showed why he is a top 40 player in the nation, and why he is going to Michigan. He just controls the game, can score when he wants, gets his teammates involved, just a wonderful player.

Booker continues to put up big numbers at Moss Point early on this season but the Tigers are off to a slow start in the win column at just 1-4. Booker had 33 points in a 65-60 loss to Gulfport. There are two clips from Booker in the loss, two thirds of the way through these highlights.

Tom Crean was in the gym to watch Trevon Bluiett in Park Tudor’s season opening 35-point win over University. Bluiett had 19 points in the victory.

Here’s a video interview of Bluiett previewing his season from the Indy Star:

Doyle was impressive in his debut, scoring 28 points in his season opener. Carl Bleich was in attendance for UM Hoops to provide full coverage on Doyle’s performance as well as update his recruitment.

Wideman scored 12 first half points against Hamilton Southeastern before finishing with 16 points and six rebounds.

“It was the first time I played against that team and I felt pretty good,’’ Wideman said. “I was motivated because I didn’t play last year and I wasn’t able to help my team out.’’

Boudreaux enjoyed a Michigan visit this fall and was named one of the top five underclassmen in Illinois by the Chicago Tribune. The combo forward also took a recent fall trip to Michigan State and has started the season strong, scoring 14 points a 57-52 win over Glenbrook North.

“We are playing together right now,” said Lake Forest sophomore Evan Boudreaux, who scored 14. “We are holding each other accountable and doing a good job of moving the ball around and not forcing any shots.”

White had 27 points for Fort Wayne Carroll in a 74-52 loss to South Bend Adams. Carroll also lost a one point game to Noblesville on Saturday.