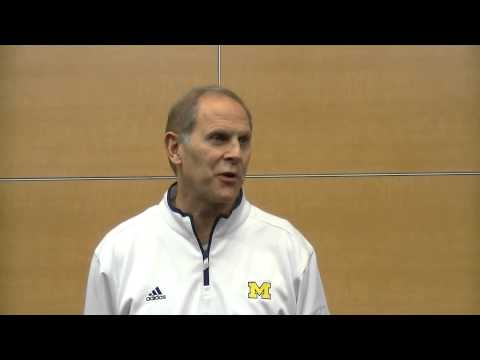 John Beilein was made available to talk with the media on Monday. The coach spoke about his team’s recent trip to New York City and winning the NIT Tip-Off, as well as what his team will face against NC State. Beilein also reports that Tim Hardaway Jr. is 100% and is good to go for Tuesday. You can watch in the embedded media player below or read the notes and quotes after the jump.