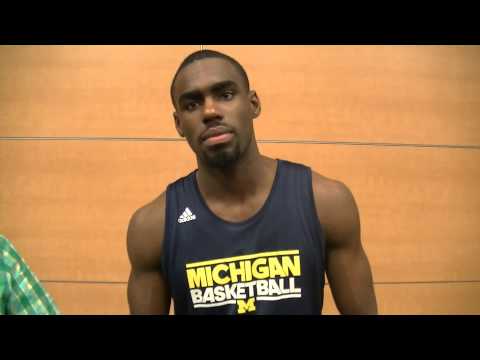 Nik Stauskas and Tim Hardaway Jr. were available to speak with the media on Monday afternoon. They discussed Michigan’s upcoming match-up with NC State, hanging the Big Ten Championship banner, and more. You can watch the players in the embedded media players below with content (and quotes) continuing after the jump.