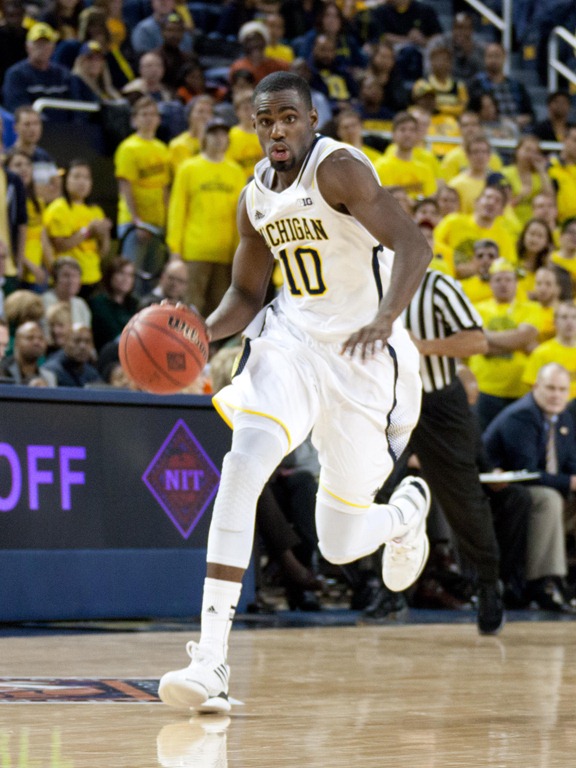 Michigan Wolverines thrive on the inside – ESPN – Michigan turned John Gasaway into a believer last week in New York City: “That was then. Now when I look at Hardaway I see a star capable of carrying his team all the way to Atlanta in April.”

Big Ten recruiting class grades – ESPN – Michigan gets an A: “Coach John Beilein has put together another class that has the ability to make a major impact for the Wolverines with three ESPN 100 prospects. Elite scoring wing Zak Irvin (Fishers, Ind./Hamilton Southeastern) leads two other four-star players. Power forward Mark Donnal (Whitehouse, Ohio/Wayne) is a skilled face-up post and point guard Derrick Walton (Detroit/Chandler Park) can push the pace and run the show in addition to making plays for himself. Walton will also provide some security if current point guard Trey Burke makes the jump early to the NBA.”

Top 25 Polls — UM Hoops.com – Michigan is up to No. 3 in both polls after leap frogging Ohio State – we also now have a handy Top 25 page to keep up with the polls.

Chris Webber working on autobiography – Richard Deitsch – “I profiled Chris Webber in last week’s Sports Illustrated — he’s become one of the more interesting NBA voices as a studio and game analyst for NBA TV and TNT — and during our conversation he told me that he’s been working on a documentary about his life for the past six years. Webber said he plans to release both the documentary and an autobiography at some point next year and the working (but unlikely final) title is The Black Forrest Gump. “

How NC State can avoid disappointment – College Basketball Nation  – “NC State drew fourth-ranked Michigan in the ACC/Big Ten Challenge and will have an opportunity to prove itself against a very good Wolverine team on the road. But how do the Pack match up? It has to be tempting to look over at the Michigan sideline and think, “Wow, this team is what our team was supposed to look like.” Trey Burke and Tim Hardaway Jr. are making a case for the best backcourt in the country, and Glenn Robinson III, Nik Stauskas and Mitch McGary are young guys making huge contributions. Conversely, Leslie and Brown were thought of as All-American quality players, but have underperformed and the freshmen have not fit seamlessly into coach Gottfried’s system. These were two teams that were ranked in the top 10 that are trending in different directions. Does NC State have the talent to beat Michigan? Yes. Do I think they’re ready to do it at this point in the season? No. “