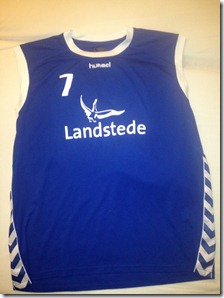 Zack Novak might be playing basketball overseas but he’s still been keeping up with this year’s Michigan team. Novak is playing for Zwolle Landstede in the Dutch Basketball League and leading his team in scoring at 17 points per game. We caught up with Novak to discuss his emotions when seeing the Big Ten Championship banner unveiled in the rafters of Crisler Center and pick his brain about this year’s Michigan team. He’s also launching a contest with an opportunity to win a signed jersey.

What were your emotions seeing the Big Ten Championship banner hung in the rafters at Crisler on Tuesday night? Obviously you couldn’t be there but its something that you were so pivotal in building.

I think I finally got to watch the video at about 3 am over here.  It obviously wasn’t the same as being there in person would have been, but it was still a pretty cool moment to watch the banner go up in the rafters.  Something like that makes you think about everything the program went through in the last four years.  There were so many good times, but there were also times when several people thought we weren’t going to turn it around.  An incredible amount of hard work went into proving those people wrong, so to see the banner actually hanging in the rafters was special.

Glenn Robinson III is more athletic than you but he’s still playing as an undersized four — something you know well about. He’s had a great start to his freshman year but struggled against NC State’s big and athletic front line. John Beilein has already compared his game to yours defensively but what do you think he can improve on to be more effective when guarding bigger players?

First off, I need to say how impressed I am with not only Glenn Robinson III, but with all of the freshmen and the way they have handled being thrown into the spotlight so quickly.  Playing in Madison Square Garden and coming right back against a very talented team in NC State is one heck of a welcoming to college basketball.  Not only are they not intimidated by all of the attention, but they seem to thrive in it.  As for Glenn playing an undersized four, he is built like an upperclassman already so I don’t think he’s going to be getting pushed around by very many people.  I think as he gains experience and gets a feel for what players can do at that level, he’ll have no problem guarding guys down low.  I think a lot of players underestimate how effective just playing “solid” down low can be.  Many guys in college basketball struggle to score through a strong chest.  Figure out how to hold your ground and you have won half of the battle.  When he stays between his man and the basket, he can be more effective than I was because of his great length.  There were times I could guard a guy perfectly, but he’d just shoot it right over me.  That shouldn’t happen to him as much.

Michigan has looked really good to open the season but watching them, what do you see as their potential undoing? What’s the critical match-up or potential flaw in this team?

I’d have to really dig to find something about this team that could knock them off course.  Obviously, there are things they will need to improve on if they want to win a national championship, but you can say that about every team in America right now.  The only thing I’d be maybe a little concerned about is the toll a college basketball season takes on players, specifically freshmen, physically.  There is a major difference between playing a high school schedule and a college schedule, especially with the way the league is looking so far.  This is exactly why I love the fact that this team has great depth.  Having that does two things.  First, guys won’t have to play as many minutes and this should keep them fresh down the stretch.  Second, nobody plays a season without some ebb and flow in their game.  People have off nights, but with so many threats it just lowers the chance significantly that nobody will have their game going on any particular night.

You are familiar with this roster but what’s the most surprising thing you’ve seen through six games?

Tim. Hardaway.  Jr.  Wow.  Name one player in the Big Ten that has gotten off to a better start.  I’ve known that he had the potential to be a really special player since I saw him play at our Elite Camp when he was in high school.  Tim had a great freshman season.  Last year, he did not play up to the level that he expects of himself.  I’ve heard on the telecasts people talking about how he worked hard to improve his handle (which is vastly improved) and how this new and improved Tim is a product of working his tail off this summer.  Don’t take this the wrong way because Tim did do exactly that.  He works as hard as anyone I’ve played with, but that isn’t the reason we’re seeing an entirely different player.  Mentally, Tim took a huge step forward over the summer.  He has matured and taken a new approach to the game.  From the day he walked on campus, he had the tools to be a stud.  Yes, those tools have improved, but I 100 percent believe that it is his mental approach that is the reason for his huge leap as a player.  He is picking his spots and letting the game come to him.  Nothing is forced.  When you combine his veteran approach with those improved natural tools that he has you get what you’re seeing right now and what you’re seeing is really, really good.

John Beilein has flirted with the two post offense but it hasn’t seemed to find a groove. When you see Jordan Morgan out there at the four, what are you looking for? He’s obviously not a three point threat and probably isn’t going to take anyone off of the dribble, but what can Michigan accomplish with that look?

I think playing with the two bigs can accomplish a few things.  You asked about playing with an undersized 4 earlier.  The huge advantage to playing with two bigs comes defensively.  Thinking about a team like Minnesota, with a line up that could have Mbakwe at the 4, its a huge advantage to get a big body like Jordan Morgan’s to guard him so that you don’t have to always double team which leads to rotations which can lead to mismatches and open shots.  It goes without saying that teams will get only one shot more often with two big guys grabbing rebounds.

It also saves undersized 4 men from having this happen when freshmen forget they are supposed to double team.  Just ask Jon Horford [epic fail :-)]

Offensively, having that kind of size at the four can actually create some mismatches down low that work in Michigan’s favor.  With this team relying less on the three point shot than our teams did in the past, it does make sense to have a two big option in the offense that takes advantage of getting the ball inside.  Jordan can score one on one on any four man in the league.  If teams double him, what happens?  Double teams lead to rotations, which lead to mismatches, which give our playmakers opportunities to score with a mismatched defender closing out on them.  Easy buckets.  In theory it sounds nice and I know if there is one man that knows how to make offensive basketball theory work, it is Coach Beilein.

Buy a T-Shirt, Win a Jersey

As everyone should know by now, Zack is selling “Chicks Dig Scars” t-shirts at Underground Printing in Ann Arbor. Now if you buy a shirt, you will be entered into a contest with a chance of winning a signed jersey (right) by Zack Novak in Europe with a personal message of your choice.

You can buy a Chicks Dig Scars t-shirt here and be entered in the contest.