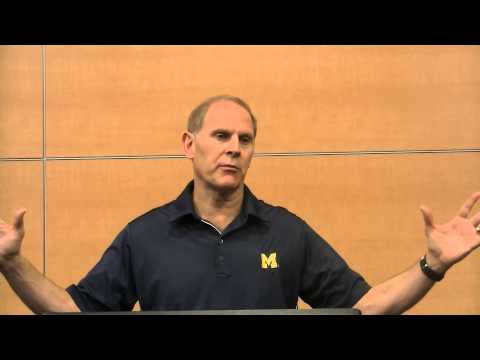 John Beilein came before the media on Friday to talk about his team’s upcoming game against Bradley, what he saw from the Wolverines in their game against NC State and whether he might be making a tweak to Michigan’s starting lineup. You can watch using the embedded media player below or read selected notes and quotes after the jump.


Opening statement: “We really have our work cut out for us tomorrow at Bradley University. I’ve had one game there before, when I was at Canisius. We understand that it’s going to be a really, really large crowd. It’s our first true road game. Anyone who was at our games in Madison Square garden, it wasn’t exactly ‘neutral’ with the support that we had there. We’re excited about it because I think it is very representative of what we’ll see in the Big Ten as far as a hostile home crowd, a talented team, and a team that’s 5-1 right now.