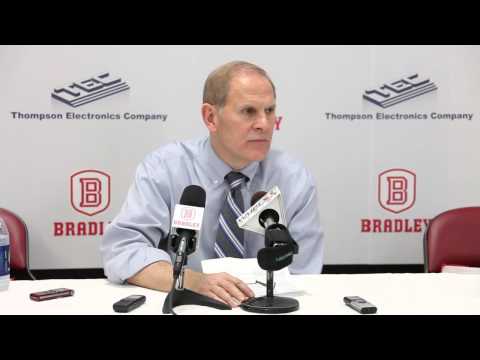 John Beilein spoke with the media after Michigan’s first road win of the season, a 74-66 victory over Bradley. You can watch using the embedded media player below or read selected notes and quotes after the jump.