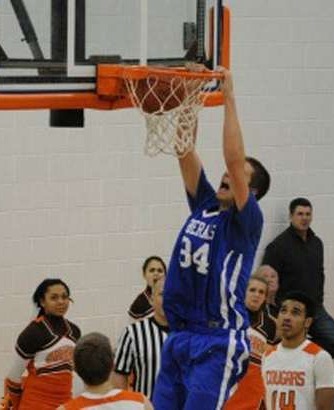 Here’s our weekly look at how Michigan recruiting commitments and targets fared across the country.

Donnal sat for most of the first half in Anthony Wayne’s season opener, including all of the second quarter with two fouls, but bounced back in the second. The Michigan bound big man finished with a game high 21 points, all in the second half, as Anthony Wayne won the game 61-29.

Hamilton Southeastern went 1-1 on the week with a loss to Mt. Vernon and a win over Pendleton Heights. Irvin had 17 points on 7-of-19 (2-10 3pt) shooting in the three point loss to Mt. Vernon including a personal 7-0 run in the fourth quarter.

Irvin had a game high 22, including 14 in the third quarter, to help Hamilton Southeastern to a 56-55 win over Pendleton Heights. Irvin had just two points in the first half but bounced back in the second.

Chandler Park will open its season on Saturday against Cass Tech.

Hatch was cleared to practice this fall but hasn’t been practicing in full quite yet. The News Sentinel looks at his Canterbury team and his role:

Perhaps the biggest one is Austin Hatch, the junior who is still recovering physically and otherwise from a plane crash in June 2011 that seriously injured him and killed his father and stepmother. After being granted another year of eligibility by the IHSAA, Hatch has been taking it slow, taking part in some practice drills, but he is not ready to return to the basketball court again.

It appears to be a day-to-day thing with Hatch, who would just be the icing on the cake on a roster that has a lot of balance.

Booker continues to face double teams in almost every game. St. Martin beat his Moss Point squad by a final score of 84-65 and Devin Booker had 21 points in the loss. Moss Point is now 1-6 on the season after a disappointing start as it tries to develop secondary scoring options.

Doyle had 25 points in a win over LaBelle and we posted a scouting report, scouting video and video interview from the game.

Edwards finished with 24 points, including three triples, in a 70-56 season opening loss to Beavercreek.

Wideman had a double-double in Lake Central’s 50-45 victory over Valparaiso with 11 points and 11 rebounds, both game highs.

Kennard didn’t waste any time in transitioning from football to basketball, scoring 28 points, grabbing 12 rebounds and handing out four assists in a win over Waynesville. Ohio State assistant coach Jeff Boals was in attendance to watch the Franklin sophomore.

Boudreaux is off to a quick start this year for Lake Forest (5-0) and had 14 points in a 57-52 win over Glenbrook North.

His coach continues to love what he sees:

“Evan Boudreaux will have more (scholarship) offers by the end of the season,” LaScala said.

“Evan’s potential is unlimited,” LaScala said. “He has so much upside. He loves the game and loves playing. That’s half the battle. He’s a really nice player. He can shoot the 3 or take a defender off the dribble. He has a lot of different dimensions to his game.”

White had 17 points in an overtime loss to Concordia.

Edwards had a career high 31 points in a 76-69 win in overtime at South Bend Clay. He also helped East Chicago to a home opening win over Lowell by 14 points.

St. Joseph’s lost to Mater Dei (Ca.) at the Chicago Elite Classic. Ash and Watson’s St. Joe’s team lost by 10 points to the nationally ranked squad but Watson added in a team-best 17 points.

Fazekas has already notched three double doubles this season including 16 points and 10 rebounds against Whiting and 12 points, 13 rebounds and three steals against Westville.

Manuel was at Michigan’s win over NC State but the Lansing based big man is also being heavily recruited by the Wolfpack and has already taken an unofficial visit to NC State.

Harris, a 2015 Dayton Dunbar guard, is off to a hot start this season. He averaged 24 points in two wins over the weekend per @ohiohshoops.